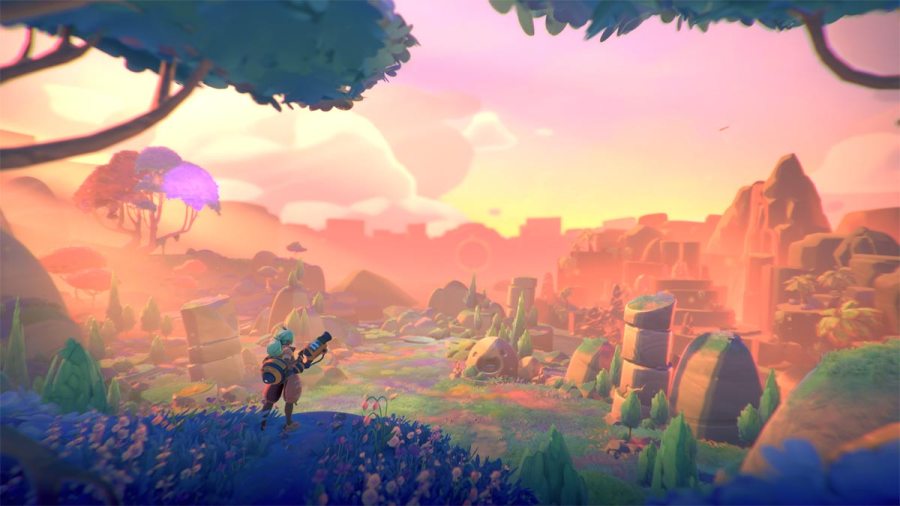 Slime Rancher 2 has a vast explorable world with a variety of creatures and resources. There are three main regions in the game—Rainbow Fields, Ember Valley, and Starlight Strand. The map for these islands is initially unavailable, however, you can reveal it by discovering various map data nodes that are placed at fixed locations.

Rainbow Fields is on the island where you spawn when you first start playing Slime Rancher 2. This region spans a considerable area and is situated to the west of The Conservatory, i.e., your ranch. You can find the two map data nodes at the locations marked in the image above and activate them to uncover the area's map.

Related: All types of Plorts and where to find them – Slime Rancher 2

Ember Valley is the next island region that can be reached via portals from Rainbow Fields. There are three map data nodes in this area that you can find at the spots marked on the map above. Before exploring this area, we recommend that you craft a Jetpack from the Fabricator as it'll make things way easier.

The map data nodes for the third main region on our list, Starlight Strand, have been highlighted above. These spots are accessible, however, having a Jetpack does help a lot. You can travel to Starlight Strand via two different portals from Rainbow Fields.