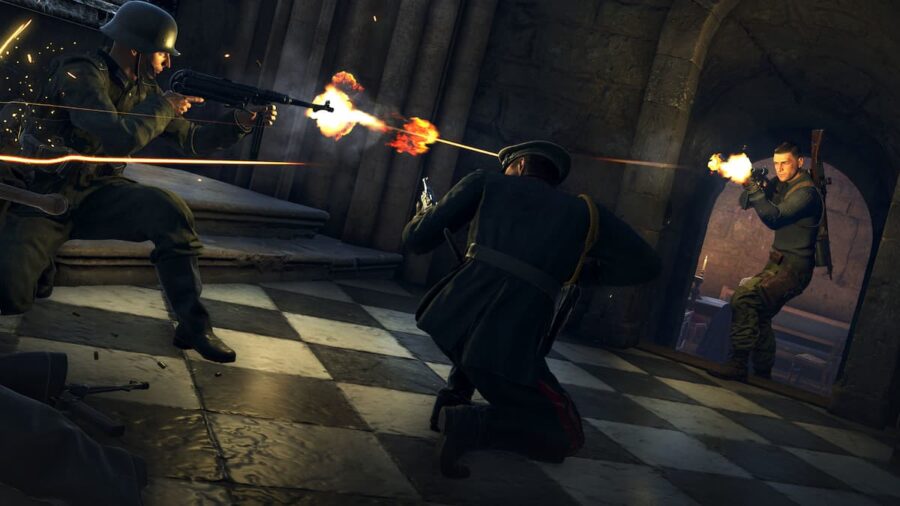 Sniper Elite 5 is bringing in many different multiplayer options for players to try out. There will be both co-op play and an expanded multiplayer system. There is a lot of new content that has never been put into previous installments.

What is the multiplayer for Sniper Elite 5?

There will also be five classes for players to choose from:

How does weapon customization work in Sniper Elite 5?

The co-op allows players to play the main game with a friend. A second player can help in the campaign or join the Axis' side as an enemy sniper. It's drop-in, so the second player can come in and out freely without needing to join when the mission starts.

Co-op also includes a four-player survival mode where players go against wave after wave of enemies.

Is there co-op or multiplayer in Sniper Elite 5?