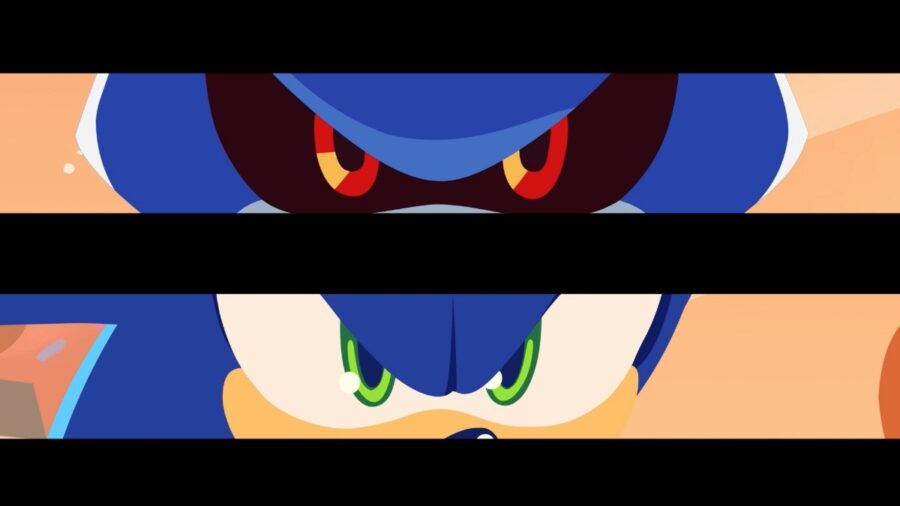 The Sonic Colors Ultimate release has remastered the classic Wii game for a new generation, bringing several new features, including trophies and achievements. Some of these trophies are easy to miss, like Handing Out Shiners.

Sonic must defeat the game's first boss, Rotatatron, in less than three hits to unlock the Handing Out Shiners Trophy. To do this, he’ll need the help of the Wisps.

Related: How many Red Star Rings are in Sonic Colors Ultimate?

Rotatatron is a rotating Ferris wheel structure that has platforms circling its vulnerable point: the eye. Climb up these platforms and make your way to the center of the machine. Jump into the eye to deal damage to it.

Once the boss is hit, Sonic will bounce back to the bottom, and the Rotatatron will become enraged. He needs to make his way back to the center, but instead of doing so alone, wait until a platform with a Laser Wisp rotates around the stage and towards Sonic. Break open the container to gain the Laser power-up.

With the power-up unlocked, head towards the center once more. When the Rotatatron is in range, activate the Laser power to zip into its eye and destroy it instantly. This will net players the Handing Out Shiners trophy, making quick work of Tropical Resort’s boss.

How long is Sonic Colors Ultimate?