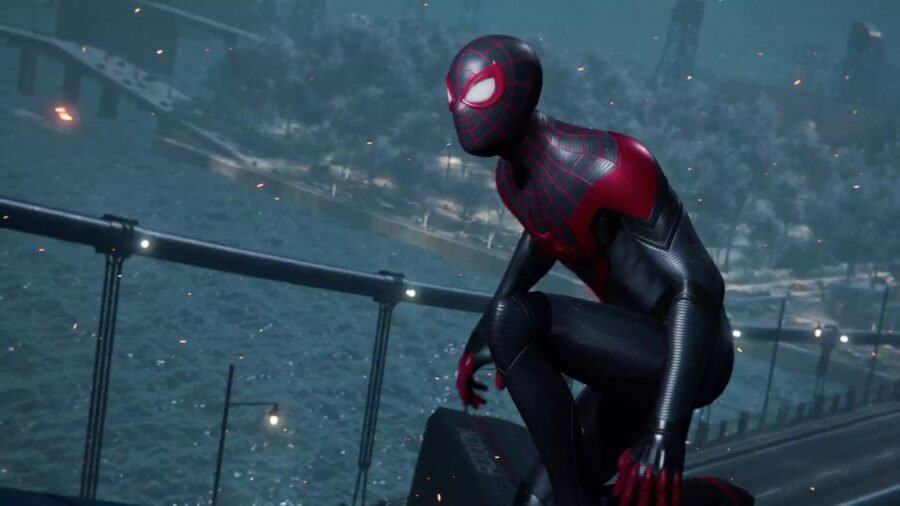 Peter Parker is in the Spider-Man: Miles Morales but only at the start of the game. When he is training the new hero Miles Morales, to become his own version of the superhero. After Miles takes the oath to protect the city against all threats, Peter suddenly tells him that MJ and himself are leaving for a while so that MJ can attend the Symkarian Peace Talks, and Peter is tagging along as her official photographer.

Peter Parker is practically training Miles Morales by trial of fire; however, to leave the new hero suddenly to protect the city must mean Peter Parker has high hopes and trust that Miles Morales has the ability to do the job just fine. He must become his own hero, and not by following the footsteps of himself.

Of course, Peter does cameo in holographic training segments, and there is an odd phone call between the two that happens occasionally, especially when things start to become interesting. Still, apart from that it's entirely up to Miles Morales to save the city of New York from any threat! Peter does return, but not until the end of the game!

Miles Morales is undoubtedly missing his Spider-Verse suit, so here's how to unlock his iconic suit from Into the Spider-Verse! Not too sure how to use Miles Morales's new Camouflage ability or how to disable podcasts? We've got you covered!

How to unlock the Into the Spider-Verse Suit in Spider-Man: Miles Morales!