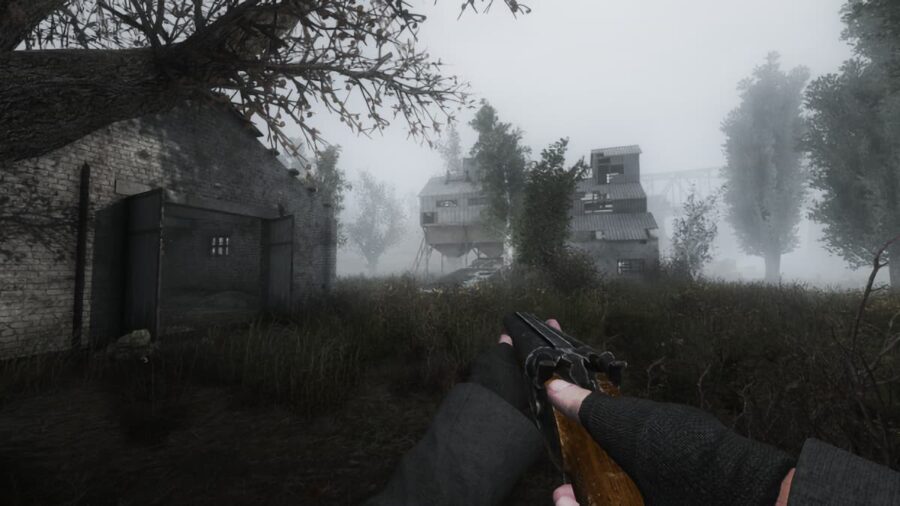 Stalker: Shadow of Chernobyl has a huge modding community with countless mods available to download. These mods include complete overhauls, bug fixes and patches, and simple gun mods.

Here, you will find some of the best mods for Stalker: Shadow of Chernobyl. But before installing any of these mods, make sure to read mod descriptions. Doing so will save you a ton of troubleshooting down the line.

Radiophobia 3 is a mod for Stalker: Shadow of Chernobyl that focuses on high difficulty and realism. The mod accomplishes this by making the game harder by changing the economy and making ammo and supplies rare and hard to find.

More ways Radiophobia makes the game more challenging is by including a full AF3 blowout system and improved AI. Radiophobia also features a vast roster of weapons, blowouts, and more. Here's a list of what you can expect from Radiophobia 3:

We recommend using this mod if you are looking for a hardcore experience similar to mods like Misery.

Stalker Complete 2009 is a mod that doesn't change anything about the original Stalker: Shadow of Chernobyl's story.

Instead, the mod's major focus is to provide the most stable and immersive experience for the vanilla game. Because of this, we recommend downloading Stalker Complete 2009 if you are looking for a stable but graphically improved vanilla experience. For a list of what the Stalker 2009 touches on is listed below:

Related: Is Stalker 2: Heart of Chernobyl on Xbox Game Pass at launch?

The Old Good Stalker mod also adds new quests and weapons and plenty of new features such as interchangeable weapon addons. Players can find new vehicles and find a more lively environment with NPC Stalkers wandering around in the Zone as well.

That said, Stalkersoup adds an insane amount of content to Stalker which follows everything including the kitchen sink mentally. In fact, there are way too many features to list here alone so here's a basic list of what to expect from Stalkersoup.

We recommend installing Stalkersoup if you want more of what you loved about the original Stalker experience. However, Stalkersoup can be extremely unstable due to the amount of content and systems, so keep that in mind before installing.

Autumn Aurora 2 is a simple mod that focuses on providing a graphically improved vanilla experience as well as a few small features. The few other features the Mod includes are listed below:

For more on Stalker, we at Pro Game Guides have you covered with guides like What is the Stalker 2: Heart of Chernobyl release date?.