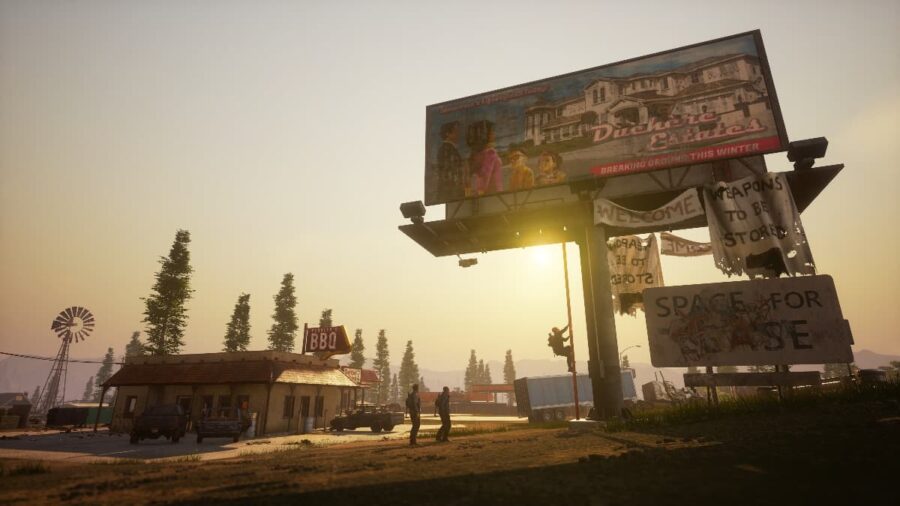 If you are having trouble downloading the brand new update called Homecoming on the Windows 10 store version of State of Decay 2, you are not alone. Countless other players have reported issues with the game installing and downloading the update for the game.

But don't worry, there are a few ways in which you can fix any problems you may have or are experiencing with the Windows 10 version of the game, downloading the new update.

The first thing you will need to try is to sign out of your account and resign back in and attempt the download again. Sometimes this will be enough to get the store to download the update.

Related: When does State of Decay 2 Homecoming Release?

Personally, this was the only method that worked for us when trying to install the windows 10 version of the game that players get if they have the Xbox Game Pass.

Update: Thanks to a comment from a user on this guide, we now have a method that reportedly works to get the update to install. In short, if you want the update install, download the xbox game app on your pc and launch the game using it. Once you get into the game, click update the game when prompted and it will take you to the windows store. When you are the store click check for updates a few times and it will eventually make the update show up and allow you to install it.

Xbox users are also experiencing problems getting the update to download or show up, but these issues were reportedly fixed by simply restarting their consoles. Moments later, they would see an update and would be able to install and download it.