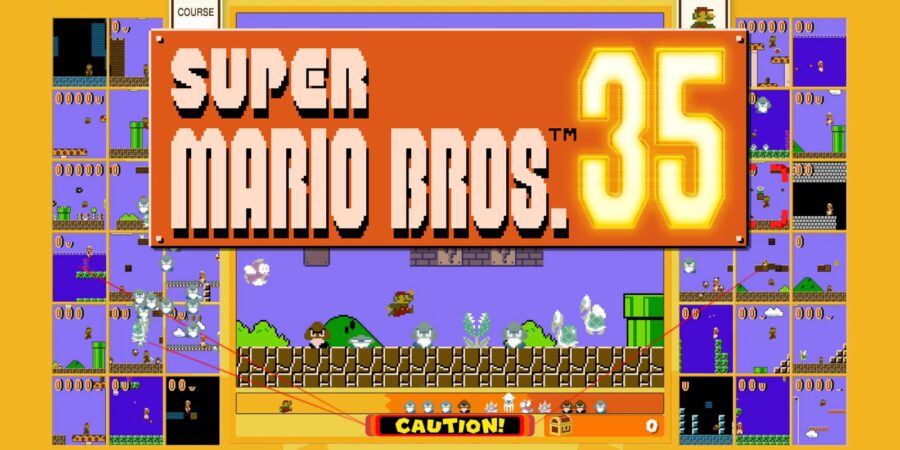 Battle Royale's are still a massive ongoing thing, as most games seem to have one. Yet Nintendo seems to be going a different route with them (nothing new there), and with the success of Tetris 99, they decided to try out the battle royale formula but in Super Mario Bros. and Super Mario Bros. 35 was created. It's available now for free on the Nintendo Switch, to anyone who has a subscription to Nintendo's online service.

In Super Mario Bros. 35, you play up against 35 other people, and every time you kill an enemy, it is sent to another player's game. It might sound simple, but with 35 other players, if you're doing well, you will become targeted by other gamers, and a million Goomba's could be coming to end Mario's life. Most games get datamined incredibly quickly, and Super Mario Bros. 35 is no different. It appears that other Mario titles could be added to the battle royale at a later date.

The information comes from data miner @OatmealDome, and says the following:

Interestingly, all the files names for the stages and game data are prefixed with "smb1". This organization could perhaps suggest that support could be added for additional Mario games later, but this is the only evidence I have (and it's **very** circumstantial). We'll see.

When playing, you can pick a selection of levels from the original Mario Bros. title and add them to the pool of levels everyone else has chosen. You complete the levels one after the other, trying to be the last of the 35 players to survive. This might get slightly repetitive only playing the game levels repeatedly; if other Mario Bros. titles were to come, imagine switching between game levels, this would ramp up the difficulty while adding more content.

As always, take this with a pinch of salt, as there's evidence to say that they will come later, it's not 100% that it will definitely, especially when Super Mario Bros. 35 will end on 31/3/2021 and will no longer be playable.

Mario Party Superstars: Maps, Characters, and Minigames – Everything We Know

Super Mario 64: How to use the Wing Cap and Fly!

Super Mario 64: How to get the Eel out