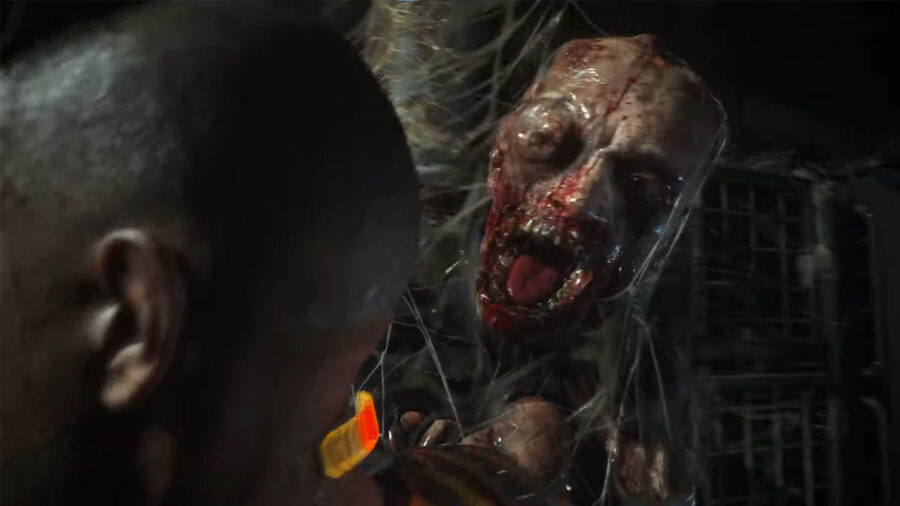 Summer Game Fest kicked off with a bang thanks to The Callisto Protocol. Developer Krafton Studios unveiled a new, gore-filled trailer full of meat and gristle sure to satisfy survival horror fans.

Director Glen Schofield showed off the exclusive extended cut trailer alongside host Geoff Keighley. The trailer is a more in-depth look at the upcoming horror title.

Related: What is The Calisto Protocol? Release date, trailer, & more!

The trailer shows off the foreboding Black Iron Prison on one of Jupiter's moons of Callisto. A menacing voice narrates that an inmate's life no longer exists outside the walls of the prison. A new prisoner is put through intake. Though, it doesn't appear that he's a prisoner for any wrongdoing. Instead, he is the survivor of an unfortunate accident who was processed with the other unfortunates.

But it would seem that things are about to get much worse for our protagonist. From killer robots to mutilated horrors, surviving is going to take every effort. The trailer then goes on to show a number of quick cuts between scenes as creatures and the main character himself are mutilated, dismembered, and otherwise sent to the afterlife.

It's definitely not a trailer for the squeamish. But for those with a thirst for the ultraviolent, The Callisto Protocol looks sublime. Expect more from Pro Game Guides as the release date of December 2, 2022, draws closer.