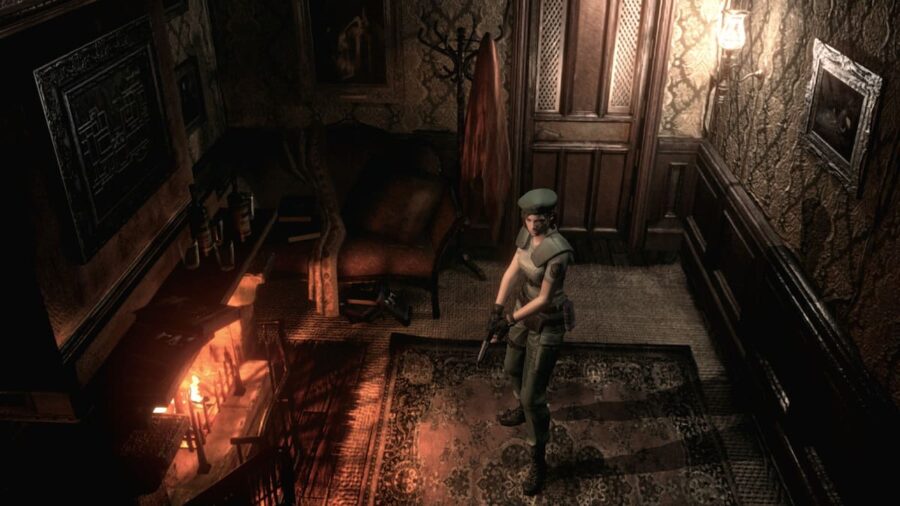 Capcom has been providing us with the gold that is Resident Evil for over 20 years now (well, most of it's gold, anyway). Some games absolutely need to be played, whereas others are good for an afternoon romp if you have burned through the rest of your catalog. Let's see which are the best Resident Evil games to play.

Note: Since the Resident Evil series has a lot of games and some spin-off titles, we will be focusing on the main releases rather than every single game ever released. So sorry to Outbreak, Survivor, and Dead Aim!

The Best Resident Evil games in the Main Series

Because it's part of the main series, Resident Evil 6 ends up on this list, but it is absolutely not one we recommend playing. Any horror element in this game was glossed over with a more campy, action-oriented focus, and it just does not fit the rest of the series at all. Plus, there are random plot lines we just can't forgive!

Resident Evil 5 also took a slight departure from the series, but due to the overall parasitic nature of the storyline and Chris Redfield being the protagonist, it managed to stay enough in line to be considered similar. It is less horror-based than others in the series and is more action-packed, but the focus on solving the mystery of Uroboros and the return of Jill Valentine does cement its place on this list. Sheva is also a pretty cool companion, even if she passes you ammo when you're pretty much dead! Plus, volcanic boulder smashing: need we say more?

Resident Evil Zero embodied all of what the series is about and was a spectacular addition to the GameCube. The graphics for the time were superb, and the atmosphere throughout the entire game is so eerie and disturbing that you can never settle. The soundtrack is also very on point and in our minds; it hits all of the goals that we want from a Resident Evil game. Although the co-protagonist Billy Coen never did reappear, it was nice to see Rebecca Chambers, the rookie S.T.A.R.S. member from the first game.

Much like Zero, Code Veronica is incredibly fun to play. It is genuinely scary with its older graphics even today. It has some comical moments, too, but it's mostly just disquieting with its approach. Claire Redfield takes the mantle again after the events with Leon Kennedy in Raccoon City and gains a new companion in Steve Burnside. In all honesty, Steve is a bit annoying. But at this point, he is also comedically loveable. Not to mention this game holds what is arguably one of the scariest bosses in the series' history, Nosferatu!

Joining Leon S. Kennedy again for Resident Evil 4 was a blast, and that is why it ranks so highly on the list (even though we love most of the games on here). Trekking through a non-descript place in Europe to fight against the Las Plagas virus, Resident Evil 4's gameplay had the horror moments we wanted, even if it did add a few more action-oriented sequences to the mix. Leon is a strong lead with some witty moments, and the gameplay is popular within the community for a reason. We definitely recommend it!

Resident Evil 7 is a fantastic game and marked a return for the series with a strong focus on horror. New protagonist Ethan Winters must explore a derelict Louisiana plantation in search of his missing wife, Mia. Along the way, he is hunted by the merciless and terrifying Baker family. Resident Evil 7 eschews the formulas seen in RE prior and instead opts for a first-person view, which works to terrific effect.

Related: Where to Find Juicy Game in Resident Evil Village

Despite coming out for the GameCube in 2002, the Resident Evil remake holds up remarkably well. It features the same fixed camera, tank controls, and spooky ambiance of the original. This alone would be good enough, but the graphics received a huge overhaul, more sections and monsters were added, and players could opt for an updated control scheme. Until it sees the same remake treatment as RE 2 and 3, this version could be the hallmark of the classic Resident Evil experience.

Resident Evil 3 is fantastic in its own right, and at this point in the list, it gets very hard to place the games. RE3 takes place in tandem with RE2 but is from the viewpoint of series original Jill Valentine. It is a spectacular game, and Nemesis is an iconic tyrant, which makes it well worth your time to check out.

Resident Evil 2 was a masterpiece in the late '90s. It incorporated all of the jumpscares and horror elements from the first game, except with better graphics. These days, we have even better graphics with the remake, but both games deserve a high amount of praise in their own right. This is where we first meet Claire Redfield and Leon Kennedy, who went on to become staple characters of the series.

Village continues the story of Ethan Winters. Following the brutal murder of his wife and abduction of their daughter, he finds himself in an isolated European village. Here, he must contend with the four Lords of the village in order to rescue his daughter. Village is a masterpiece on every level, from the graphics to the gameplay, and it includes one of the scariest sequences in the entire franchise. Village is a must-play for any gamer.