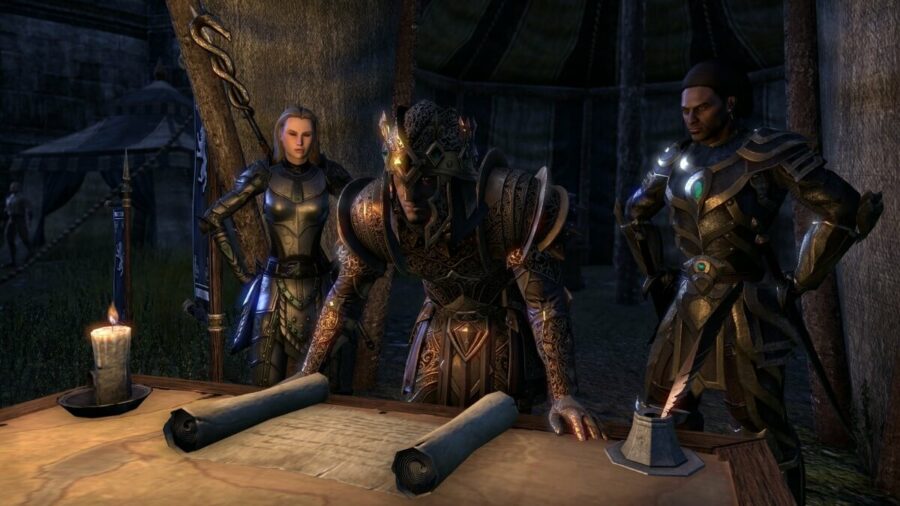 Here you will find various information about the various classes in the Elder Scrolls Online and the best ones you should pick.

The following is subjective, and in the end, which class is the best is up to you, the player. However, we recommend using this guide as a foundation in which to choose a class for your character. That being said, here are what we consider the best classes in Elder Scrolls Online.

Dragonkinight is a good class for those who wish to mix magic with that of traditional melee focus characters. Players are also able to make healing, DPS, and tank builds using this class. So because of that, we recommend choosing this if you want to create a traditional tank/healer in the game.

Necromancer is a Class that was added with the Elsweyr expansion, so if you don't own it, you won't be able to use this class. Nonetheless, the Necromancer class is excellent for those who wish to make a magic focus tank build. The class also comes with interesting attack spells, so we definitely recommend checking it out.

Sorcerer is ideal if you want to create a traditional magic-based character that is prone to throwing spells instead of wielding a blade. The class can also be turned into several magic builds, so we definitely recommend checking it out if magic is your thing.

Warden is a class that is the best at healing and buffing, which serves the traditional healer role in MMOs. It can also be turned into a decent tank but we recommend picking this class more for the healer roles, as most of the skills are geared towards it.

Templar is a good class and one of the best for those who wish to create a healing, melee, and magic-focused character. It also has the ability to be turned into a quite potent PVP tank, so if that is something you might be interested in, definitely give Templar a try.

Nightblade is the best class for those who wish to create an assassin rouge-type character that deals with insane magic damage levels. The class also comes with abilities that can heal you when you kill when you kill enemies and others that can restore your magic.

For more on the Elder Scrolls series, we recommend checking out both How to cure Vampirism in Skyrim and Elder Scrolls: Blades Best Race, Perks, Skills, & Abilities.