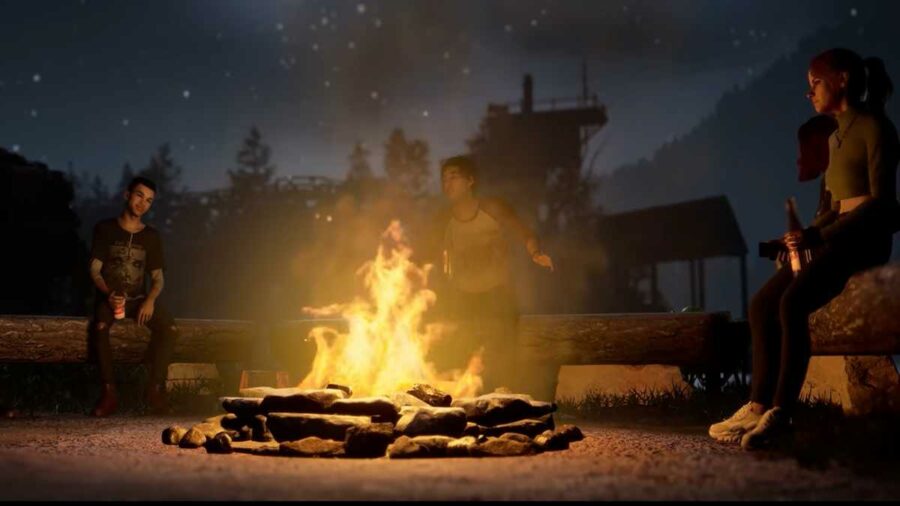 Interactive horror drama game The Quarry has 186 different endings depending on the many choices you will make. The number of endings to the game was revealed by IGN in an interview-focused tweet with The Quarry director Will Byles.

Players control nine different camp counselors as they attempt to survive the unknown horrors at Hackett's Quarry. Throughout the game, you will make choices and control the actions of each character that will affect the story as a whole. Each action has a consequence that can affect relationships, storylines, and even whether a character lives or dies.

Related: Is The Quarry a sequel to Until Dawn?

In the interview, Byles explains the different kinds of choices made including the "Path Chosen" feature in the Quarry. According to Byles, Paths Chosen will significantly affect the story and will show up when the decision is made.

These paths chosen and small choices will change not only the endings, but how characters interact and how they feel about any given situation. So, although there are 186 endings, there will be smaller storylines subject to change throughout the entire game.

Byles also talks about how character death with affect the game. It is possible for many characters to die or none, depending on the choices you make. Since there are nine main characters, each death or survival will change the story uniquely and will affect how other characters end up as well.

For more The Quarry guides, check out What is the release date for The Quarry, the Until Dawn spiritual successor? on Pro Game Guides.

How many endings does The Quarry have?