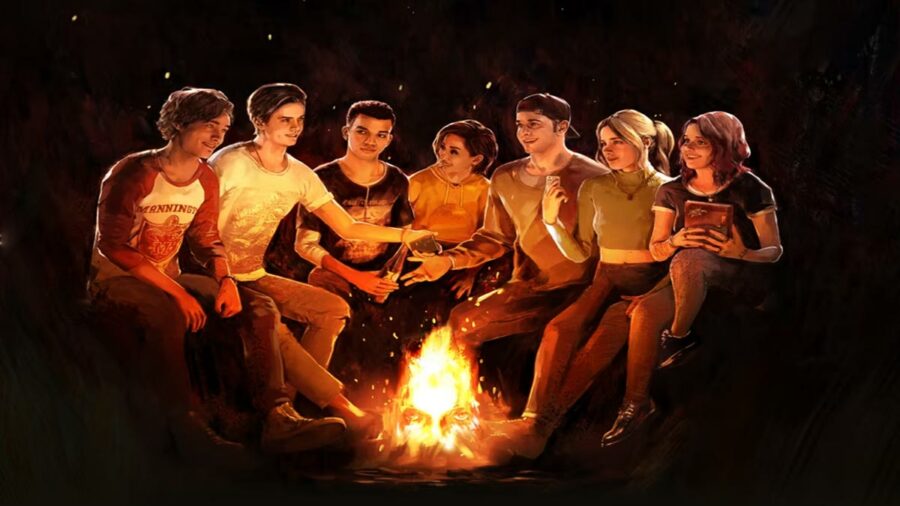 While The Quarry is essentially a story-driven, single-player horror game, it has some multiplayer aspects as well. The game gives you the option to play alongside a group of friends if you want to experience the drama together. Here's how to play The Quarry with multiple players.

How to play co-op with friends in The Quarry

You can play The Quarry in two different ways with your friends, which we have elaborated below:

How does local co-op work in The Quarry?

As the name implies, in local co-op mode, you and your friends can play the game together locally. Up to eight players can sit and play couch co-op in The Quarry. During the gameplay, simply pass the controller to the player whose character is being played on the screen.

How to play couch co-op in The Quarry

From the main menu of the game, head over to 'Couch Co-op' and assign an in-game character to every player. You can also change the accessibility option for each individual player and character separately from the menu.

Related: How to get the Bizarre Yet Bonafide Achievement/Trophy in The Quarry

How does online multiplayer work in The Quarry?

In The Quarry's online multiplayer mode, the host controls the character throughout the game. Other players who've joined the game have the freedom to vote for every decision and action as the story proceeds. The outcome of every choice is determined by decision with the majority vote.

However, the game's development studio has delayed the online play experience launch to July 8 as it hasn't been perfected yet. They revealed this information via a tweet last month.

How many people can play multiplayer in The Quarry?

Just like the couch co-op mode, eight players, including the host, can join a game online and play The Quarry. But the game doesn't have cross-platform or cross-gen support, which means everyone you want to play with should have the same device model. The Quarry is available Microsoft Windows (PC), PS5, PS4, Xbox Series X|S, and Xbox One platforms.

Stay tuned to Pro Game Guides for more walkthroughs and guides on The Quarry. In the meantime, head over to our articles on Everything included in The Quarry: Deluxe Edition.

How to play online with friends in The Quarry