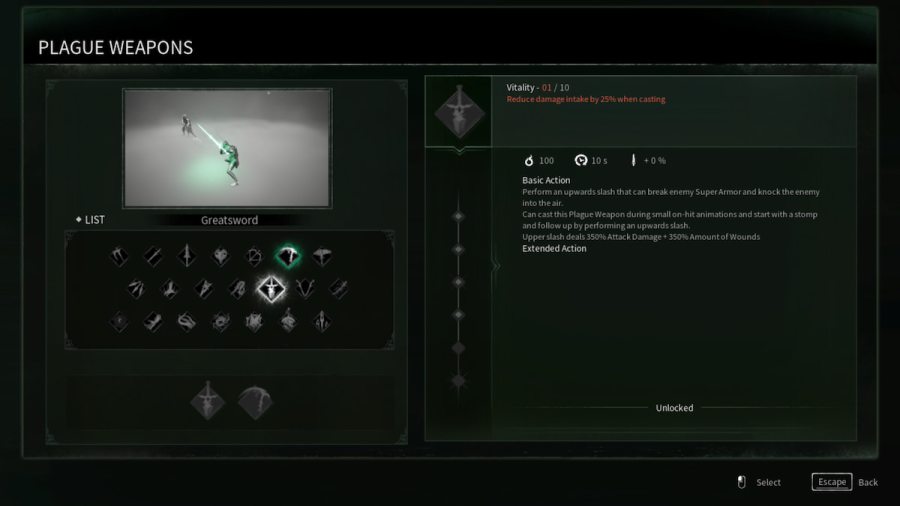 Plague Weapons in Thymesia are used to deal a lot of damage by consuming Energy. Each one uses a different amount of Energy and can be upgraded several times. They have unique cooldowns and can even have additional effects depending on the player's Attributes. Some weapons are obtained by defeating bosses, but not all of them are worth farming for. This is the Thymesia Plague Weapon Tier List.

These are the best Plague Weapons in the game and can be used with nearly any build.

These are all fantastic Plague Weapons but are held back by one or two things.

Each of these Plagues Weapons is useful but isn't as multifaceted as some on the other tiers.

For more on Thymesia, check out How to get Alchemy Enhancers in Thymesia on Pro Game Guides.