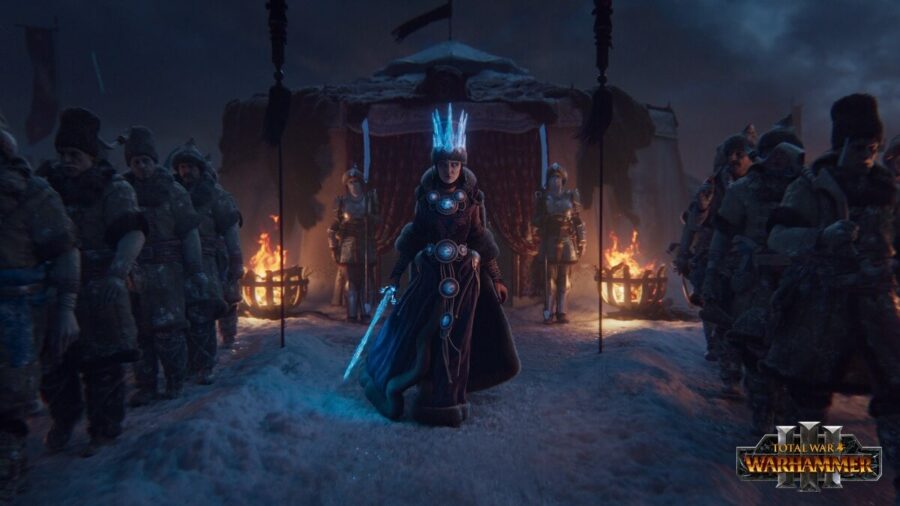 Today, Creative Assembly has just announced its long-awaited third entry to the beloved Total War Warhammer series. In the final pages of this beloved series, players will witness the full horror of Chaos, as with the arrival of Warhammer III comes all four chaos gods in full force with four separate factions for each one, Khorne, Nurgle, Tzeentch, and Slaanesh.

Along with the chaos factions, the Kingdom of Kislev will also play a significant role and be a major focus of this game. A second non-chaos faction, Cathay, was also confirmed with a hint at the end of the official trailer shown below and on a FAQ at the game's official blog.

In the trailer, a man inside a tent moves items on a table, revealing a map of Cathay; after this, the camera moves to the man smiling. This is pretty much hitting you over the head with what it means; also, if you don't know what Cathay is, it's pretty much the Warhammer version of three kingdoms period china.

Also, with the hinting of Cathay in the trailer, we might see Nippon (Warhammer's version of Japan) as a faction in the game or as DLC at some point. This is due to the fact Nippon in the lore of Warhammer Fantasy is off the coast of Cathay, similar to that of China and Japan in our world. Because of this, we may see it coming up in the future as DLC, if not upon release.

Along with the confirmed factions, we also have some information from a press release giving some details to the third game's plot. In short, players will embark on a new journey with the task of exploiting the power of a dying god.

The campaign will also have unique viewpoints from each of the races as they travel through the nightmarish realm and wastes of Chaos, along with an endgame similar to that of the last game's vortex where players will determine the fate of the old world.

Overall, everything about the upcoming Warhammer III is exciting. But it is about to get even more exciting as, at some point, the game will get a Free Mortal Empire style mode for owners of all three games that will combine all three Total War Warhammer maps. Warhammer III will also get mod and multiplayer support at launch, with more details planned to come out closer to launch.

That said, if you are excited about Warhammer III, you can preorder it now at Steam and Epic games. Warhammer III is set to release sometime in late 2021;  you can find more about Warhammer III on the game's official blog. Also, players who preorder will get a free Race Pack DLC; there is an apparent early adopter bonus that will have more info coming out soon about it, as well.

All Factions in Warhammer Total War 3