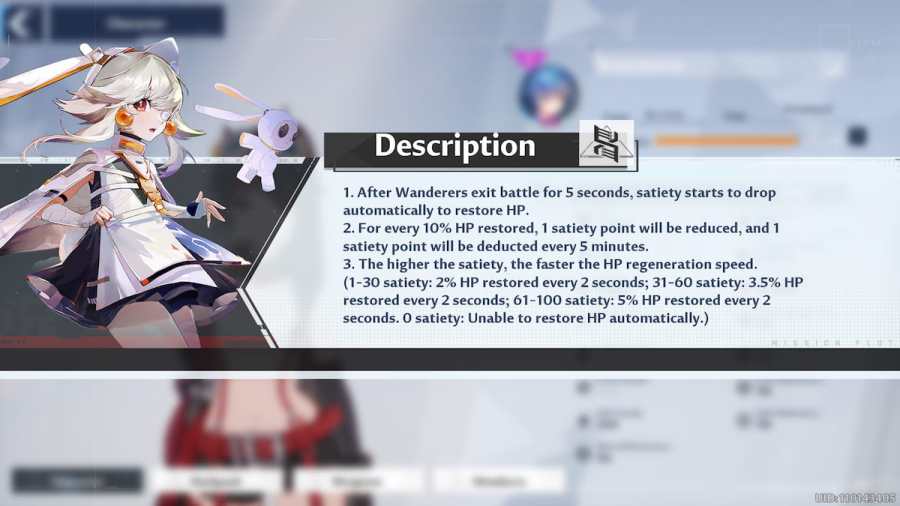 Satiety is a way to passively heal outside of combat in Tower of Fantasy. It is a way of recovering HP without actually having to use other forms of recovery. Food can recover satiety, but it isn't necessary at all to progress through the game. There are other methods of healing besides satiety that players can use on their own or in combination with the passive recovery. This is how satiety and healing work in Tower of Fantasy.

What is Satiety in Tower of Fantasy?

Satiety is a stat in Tower of Fantasy that will automatically start to deplete when the player exits battle for five seconds. This effect will last until the player reaches their maximum HP and is based on how high the player's satiety level is. For every 10% HP that is restored, a single point of satiety is depleted. Satiety also automatically depletes by one every five minutes. The measure for how much HP is restored by the amount of satiety is:

Related: How to claim your Daily Reward in Tower of Fantasy

How to recover Satiety in Tower of Fantasy

Satiety will deplete automatically so even players avoiding damage or managing their HP will eventually start to run out. This can be remedied by eating food in the game. Eating just the ingredients of food won't increase satiety by much, so cooking is the way to go. This will make items that players can use in battle or while exploring. Some dishes and ingredients will only regenerate satiety, but a majority of them will recover both satiety and HP.

What is the red dot to the left of my level in Tower of Fantasy?

The red dot next to the player's HP and level at the bottom of the screen is an indicator of what level their Satiety is at. The exact level can be seen by going to the character screen and looking at the player's satiety. When players are above 61 satiety, the dot will be green. When between 31-60 the dot will be yellow, and anything below that will appear red.

Should you keep your Satiety always topped up in Tower of Fantasy?

Satiety isn't required to go through Tower of Fantasy. However, it saves players a lot of time having to recover their HP outside of battle. There are weapons and Skills that players can instead use to recover HP, but the convenience of satiety should not be underestimated. It is entirely up to players whether satiety should be topped off at all times, but it is strongly recommended to at least keep it above 61.

How Satiety and healing works in Tower of Fantasy, Explained