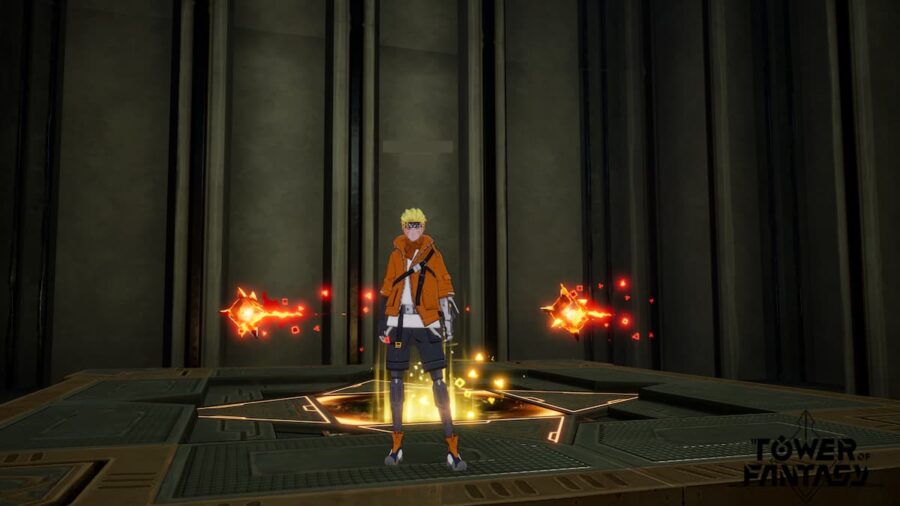 In Tower of Fantasy, players will find various Ruins while exploring the world. These Ruins usually have a boss fight and a couple of chests you need to locate. Completing these Ruins will reward players with a lot of necessary materials. Here's how you can find and complete the Ruin A-03 in Tower of Fantasy.

Where is Ruin A-03 in Tower of Fantasy?

Ruin A-03 is located in northern Astra. You can travel directly north from the Astra Shelter to find this Ruin. The Northern Ring Ranges Spacerift is closest to this Ruin, and we recommend players interact with it first to travel to this region easily. Check the yellow box on the map image above to see the exact location of this Ruin. Similar to other Ruins, you will find a Relic in Ruin A-03.

You can unlock the Omnium Handcannon Relic right after entering Ruin A-03. This Relic will help players traverse all the traps this Ruin set. You will find two chests right after defeating a few enemies. Collect the items from the Chests before moving ahead to the boss fight.

Related: Tower of Fantasy crashing issues – How To Fix

Ruin A-03 Chest Locations in Tower of Fantasy

The first chest (pictured right) is relatively easy to find, and it is located near the mesh, which players will see after climbing up to this area. Use the Omnium Handcannon Relic to create a horizontal platform to help you climb this spot. The second Chest (pictured left) is hidden in a room guarded by powerful laser beams. Defeat the Hyenas in front of the room first, and then move towards the room. Aim at the middle of the entrance to the room with the Omnium Handcannon Relic to create a structure that disrupts the flow of laser beams. Once that's done, enter the room quickly, open the Chest, and exit the room before the structure collapses.

The trickiest part of Ruin A-03 is moving from the second Chest area to the boss fight arena. There is a platform that goes across, but the horizontal laser beams will shred anything it touches. Aim down at the ground and shoot the Omnium Handcannon Relic to create a verticle structure. Jump on top of that structure to easily get across the laser field, as shown in the image above.

How to defeat Vulcan in Tower of Fantasy

Vulcan uses electrical attacks, which means using Volt elemental weapons isn't the best option. Use Fire or Ice elemental weapons to deal heavy damage to this boss. He shoots a laser beam that you can dodge easily. Vulcan also charges at players, and we recommend dodging it at the last second to activate Phantasia.

Vulcan also throws down his weapon to create shockwaves all across the ground. You can either jump to the poles on the sides or use the Omnium Handcannon Relic to create a pillar. Standing on the ground will electrify your character incurring great damage. Move around quickly, and get behind Vulcan to attack with ease. The treasure opens up after defeating the boss, and you can claim it before exiting the Ruin.

How to clear Ruin A-03 in Tower of Fantasy