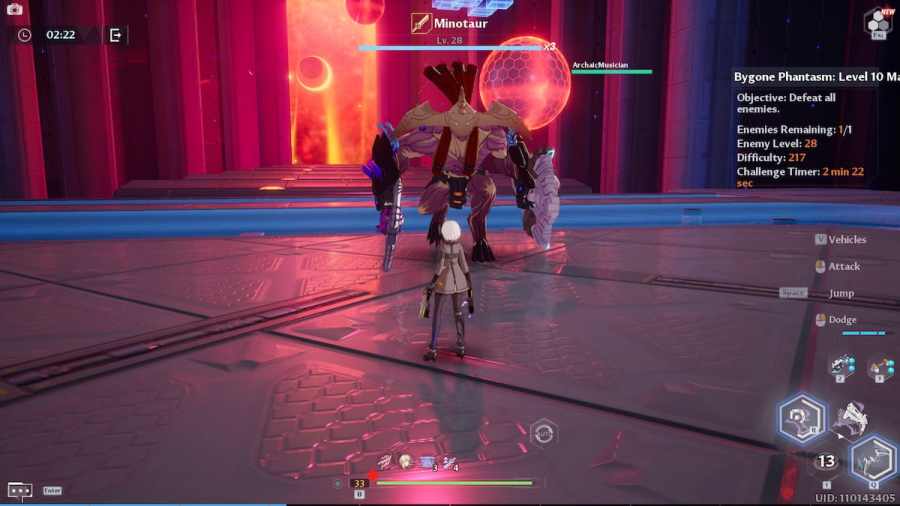 The Minotaur is a boss in Tower of Fantasy first encountered in Ruin B-02. The boss can also appear in other locations, such as the Void Rift, with varying amounts of HP. Most of its attacks can be very slow, but it will have a few moves that are as quick as they are powerful. This is how to find and defeat the Minotaur in Tower of Fantasy.

Where to find and defeat the Minotaur in Tower of Fantasy

The first encounter with the Minotaur will most likely be in Ruin B-02 in Banges, however, the boss can be found while doing things like Void Rifts as well. The location of the Ruins in Banges can be found by looking at the map and looking for the large towers after interacting with the robot at the Omnium Tower in Banges or by exploring. The Minotaur boss fight may require players to have a good Shatter weapon as it has a large Shield in both solo and multiplayer. It can perform various attacks such as:

The other moves are either single hits or do significantly less damage. The Minotaur is strong but can easily be dodged in melee range, as most of its moves are well telegraphed.

Related: All Gold Nucleus locations in Banges in Tower of Fantasy

When looking at a Weapon's Stats in Tower of Fantasy, there will be two main stats that players should pay attention to. These are Shatter and Charge, which indicate how much damage is dealt to Shields and how fast the weapon gains its Discharge ability. Some Weapons will do one better than the other, which can be seen by clicking on Weapons and selecting any weapon the player has to see how well it does in each category. An S Ranking is the best, while C Ranking is the worst.

How to find and defeat the Minotaur in Tower of Fantasy