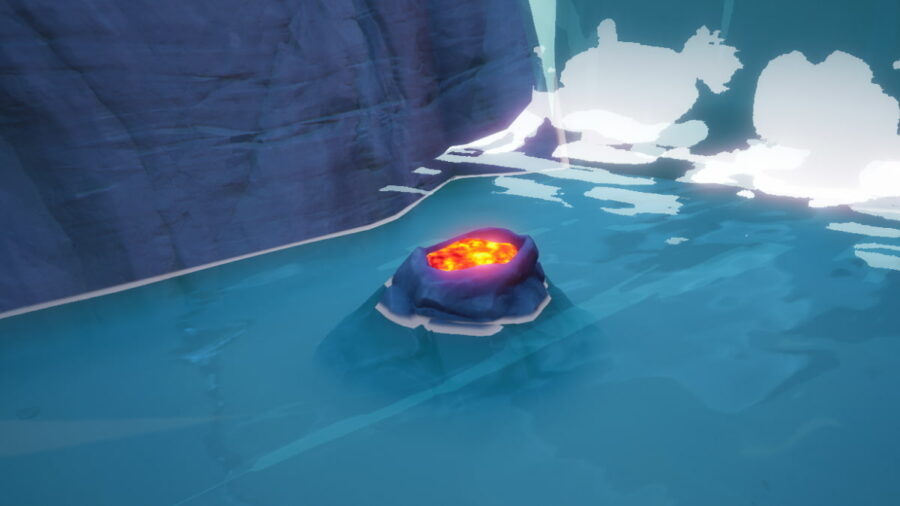 While exploring Tower of Fantasy's large open world, you'll encounter pits of molten lava that look like they might be hiding rewards. You're not wrong, these environmental puzzles run rampant across Aida and usually hide something amazing inside. But unlike Supply Pods, which you can loot simply by interacting with them, environmental puzzles require you to do a little extra work to get rewards.

These puzzles include Lava Pits, which look like mini volcanoes with characteristically bright lava inside a rocky formation. If you manage to counter the lava, you can get rewards in return. Here's what to do when you encounter Lava Pits in Aida.

Related: How to solve Chowchow plant puzzles in Tower of Fantasy

How to loot rocks with lava in Tower of Fantasy

When you encounter a Lava Pit, you need to use a Frost element weapon to attack it. Doing so will freeze the lava, shattering it and revealing the reward hidden beneath. Some Frost weapon examples include the R Frosted Spear and SR Pummeler, which are fairly easy to get through Special Orders, but there are a ton of other options. Lava Pits respawn but will not always contain rewards, so don't be disappointed if there's nothing to loot.

Check out our guide on How to solve Kerosenia plant puzzles in Tower of Fantasy to loot more Nuclei across Aida.

How to solve Lava Pit puzzles in Tower of Fantasy