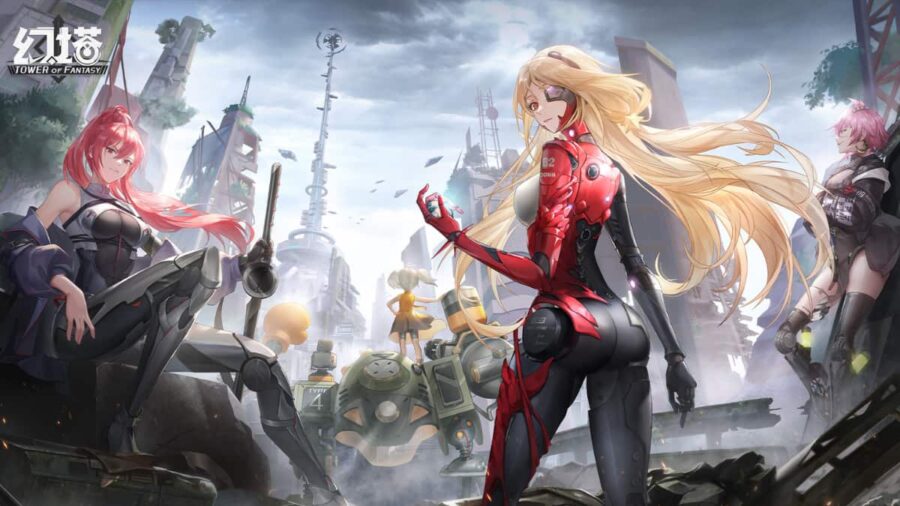 Tower of Fantasy is a gacha game at its core, so players must use various kinds of special currency to pull for weapons that come with an accompanying character skin called Simulacra. While lady luck may not always be on your side, the game has a relatively generous pity system that will ensure that you get an SSR—the highest possible weapon rarity—after a certain number of pulls. Here's how Tower of Fantasy's pity system works across all its banner types.

How does the pity system work in the Black Nucleus Cache banner in Tower of Fantasy?

Contrary to its name, Black Nuclei actually looks purple, so don't confuse the two. This is the lowest-tier banner and has the lowest SSR pull rate. Unfortunately, this banner has no guaranteed pity, so you'll have to rely on luck when pulling here.

How does the pity system work in the Gold Nucleus Cache banner in Tower of Fantasy?

The Gold Nucleus Cache is equivalent to a standard banner that runs all year round. You can pull for a variety of SSRs at a decent rate, but cannot target who you want to pull for. In this banner, you're guaranteed the following:

The pity applies even after you pull an early SSR. For example, if you get lucky with an SSR at your 25th pull, you will still get the SSR guarantee at your 80th pull. This is what sets Tower of Fantasy apart from most gacha games—pity doesn't reset until the final guarantee! Each pull merits you currency called Black Gold at a 1:1 rate, which can be used to purchase items from the Weapon Store on the bottom left of the banner page.

Related: How to claim your pre-registration rewards in Tower of Fantasy

How does the pity system work in the limited banner in Tower of Fantasy?

The limited banner is a rotating banner that uses a special currency called Red Nucleus. It runs for a limited period and features a limited SSR that will not appear in the standard banner after its rotation ends, but may rerun in another limited banner in the future. In this banner, you're guaranteed the following:

The limited banner follows the same rules as the standard banner, the only difference being that each SSR that you pull has a 50 percent chance of being the target weapon. However, you're not guaranteed to get the target weapon on the second pity if you fail to get it on the first.

Every pull you make will merit you limited currency called Flame Gold at a 1:1 rate, which can be used to exchange for the featured SSR in the Limited Store, accessible in the bottom left corner of the limited banner page. It costs 120 Flame Gold to purchase the featured SSR weapon/Simulacra.

Check out our guide on Which server to pick in Tower of Fantasy – How To Choose to help you decide where to start your adventure.

How does the pity system work in Tower of Fantasy?