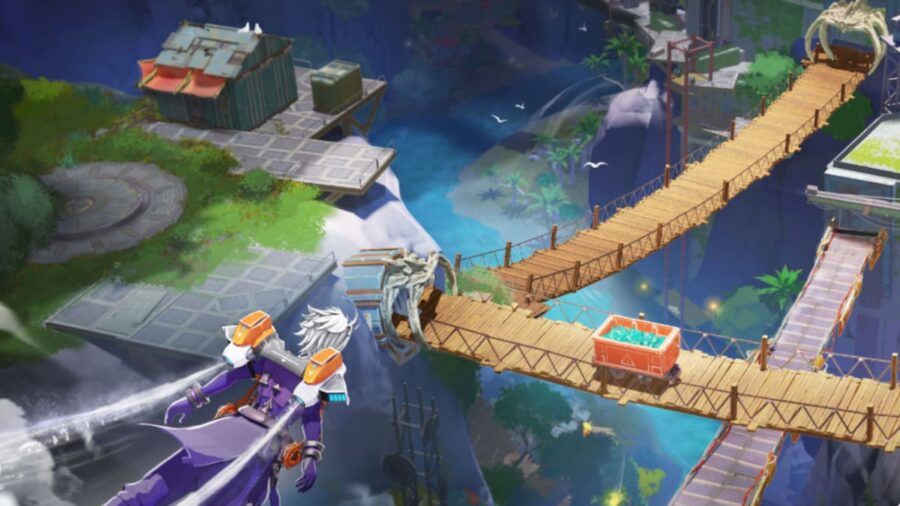 To succeed right from the start in Tower of Fantasy, you'll have to prepare for all challenges. This is an open-world free-to-play game that gives you the freedom to roam the land, but only if you know how to take care of yourself. An essential part of this game is the gacha mechanic for obtaining heroes, which is just one thing to look out for. So, to prepare for everything, check out five things to know before playing Tower of Fantasy.

5 tips and tricks you should know before playing ToF

It's worth noting that this is a massively multiplayer online game, so you won't be alone here. That's great for hanging out with friends, but with over four million players, competitiveness will be there from the start. That's why you need to understand how the system works, so you'll have as few mistakes as possible at the beginning.

1. What is the Pity system in Tower of Fantasy?

A Pity system is a way of ensuring you'll get something valuable from rolls. Like in every gacha game, you'll need specific resources so you can test your luck. The Pity system will award you more valuable items after a certain number of gacha pulls to avoid wasting resources for nothing. For example, you will certainly get a strong hero if you're unlucky after 79 rolls. But if you come up with some super strong character earlier, you'll still have a guaranteed great one at number 80.

Related: How to claim your pre-registration rewards in Tower of Fantasy

2. What is Vitality in Tower of Fantasy

Vitality is a resource you use to perform specific game tasks. Each activity will spend some Vitality; after you're left with none, your playing options will become very limited. If you can't wait for Vitality to replenish, buying more for real money in a game store is the only way to avoid this. If you're strictly playing free-to-play, prepare for limited playing sessions.

3. Who are Simulacra in Tower of Fantasy?

Simulacra are characters that will be your companions while adventuring. They are also known as Mimics, as they're weapon programs with the memories of humans. You can unlock and use them in a battle, where they take the form of humanoid fighters. As this is gacha, you can't buy each of them. You can only get Simulacra through packs and hoping for the best.

4. What is Resonance in Tower of Fantasy?

Resonance represents a combination of buffs you get from combining weapons. Weapons are in line with roles your characters take in battle: tank, healer, and damage dealer (DPS). Depending on the types of weapons equipped, you can get additional bonuses. To activate buffs, you must equip at least two weapons of the same type (or to have three diffrent kinds for balance buff).

5. What are the most important currencies in Tower of Fantasy?

Of all things to know before playing Tower of Fantasy, you need the most time to learn about currencies. There are many of them, so take your time analyzing them, as this knowledge can be beneficial in this MMO game. Some of the most important currencies in Tower of Fantasy are:

5 things to know before playing Tower of Fantasy