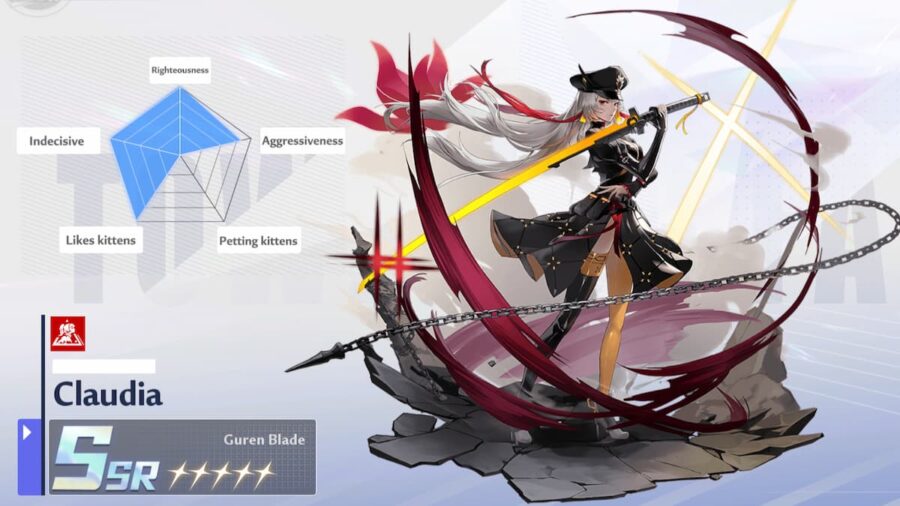 Tower of Fantasy has added a bunch of new content with the release of update 1.5 Artificial Island Version. The update features a new region in the form of Artificial Island, and also features a new co-operative game mode, and a limited time event. However, generating the most buzz in the update is the new SSR weapon and Simulacra, Claudia. In this guide, we'll go over how Claudia works and if you should pull for her in Tower of Fantasy.

Should you get Claudia in Tower of Fantasy?

Whether you should get Claudia or not comes down to your personal team comp preference. Claudia is a high-damage output Simulacra and her weapon of choice is the Guren Blade. Owing to her damage dealing potential, she is best paired in DPS team comps. To make the most out of Claudia, pair her with other Physical Simulacra like Shiro or Bai Ling in order to increase Physical Resonance. However, with no Advancement, Claudia has little to offer in terms of team utility. Therefore, we suggest pulling for Claudia only if you are able to get a duplicate and Advance her to 1-star.

Related: All material locations on Artificial Island in Tower of Fantasy

As mentioned above, Claudia is a high damage simulacra. With her Guren Blade, she can do multiple slashing attacks and strikes. Here are all the bonus buffs you will receive by Advancing Claudia in Tower of Fantasy:

How to get Claudia in Tower of Fantasy

Players stand a chance to obtain Claudia for a limited time from the Limited Order Banner, Bladelaw. This banner can be found in the Special Orders page, and can be purchased in exchange for Red Nucleus. However, owing to the gacha system, players might need to make several pulls before getting Claudia.

Is Claudia worth pulling in Tower of Fantasy?