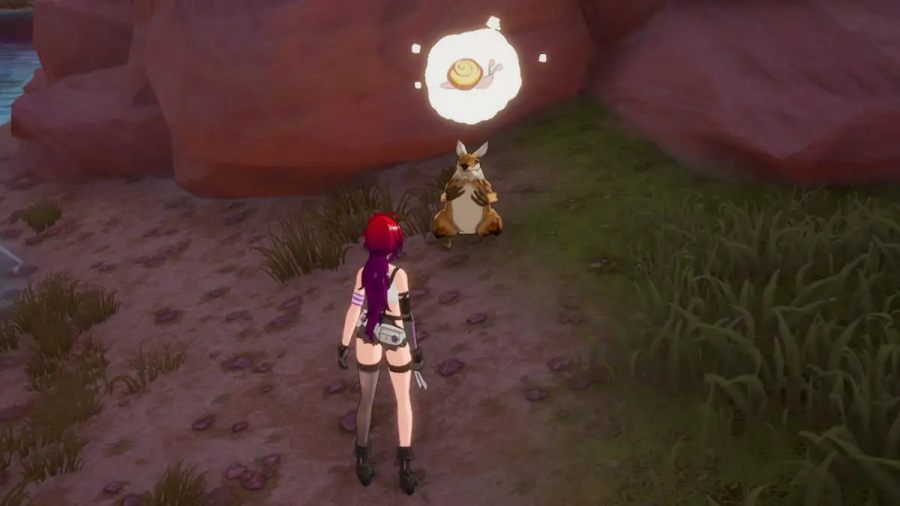 Exploring the vast regions of Tower of Fantasy can be very dangerous, especially if you get near some enormous creatures. That is especially true for the Vera region, as this desert area is filled with huge spiders, scorpions, and many other alien-like animals. But among all those dangers, you'll encounter a kangaroo-like animal that wants some food. So, should you feed animals in Vera desert in Tower of Fantasy?

You should definitely feed every animal that wants some food from you, as long as it's not you on the menu. While exploring the northern parts of Vera, we encountered a cute animal. It was hungry, asking for some Carrion Snail, a rare ingredient used in cooking recipes in Tower of Fantasy. The creature was in luck, as we always carry some snails in our bags (for good luck?).

Rewards: Where to find Chilis in Tower of Fantasy

So is feeding the animals a good idea? Well, because the creature will reward you! To get your reward, follow the animal as it will dig up a lovely gift. In our case, we got a Black Nucleus! That is an excellent exchange, as you'll need it more than some slimy gastropod.

For more information on the Vera region, check out Where to find Weaver in Tower of Fantasy on Pro Game Guides.

Should you feed animals in Vera desert in Tower of Fantasy?