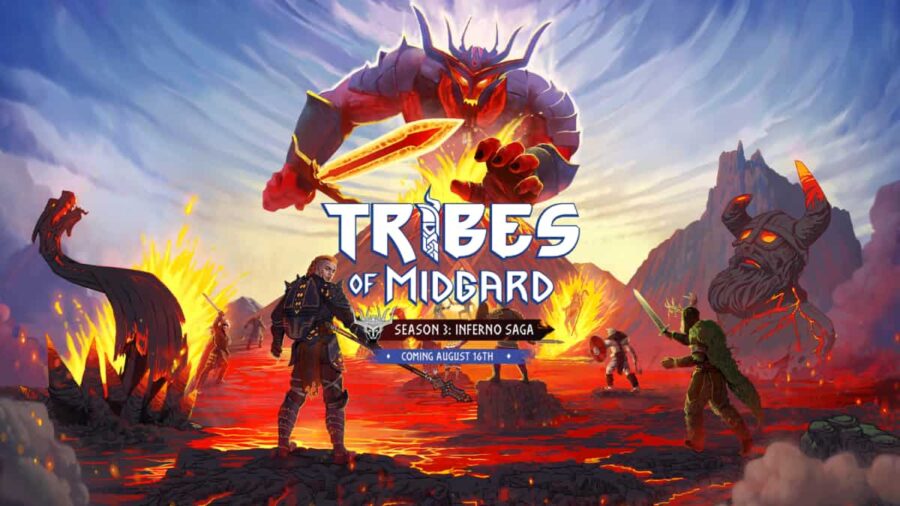 What is the New Inferno Saga Quest in Tribes of Midgard Season Three?

The new Inferno Saga Quest tasks players with adventuring into a new biome called the Volcanic Spire. Inside the Volcanic Spire, players must face enemies themed around fire and eventually face the largest Saga Boss featured in a Tribes of Midgard Saga Quest.

What is the Volcanic Spire in Tribes of Midgard?

The Volcanic Spire is a brand new biome themed around lava that will arrive with the Season three Inferno update. In this new biome, players will find new resources and tons of new enemies based on the location to fight. We imagine this will include some form of fire goblins, wolves, and other types of mythical creatures based on Norse lore and myths.

Related: How to level up and earn XP fast in Tribes of Midgard?

How to get to the Volcanic Spire in Tribes of Midgard

To get the Volcanic Spire in Tribes of Midgard, users need to gather up enough Muspelite from raiding outposts across the game. Eventually, when players get enough Muspelite, they can open a gate to the new biome.

Tribes of Midgard gets a Survival 2.0 and Crafting 2.0 overhaul with Season three's Inferno update

Arriving with the Inferno update is an overhaul that plans to touch up and improve elements of the main survival mode and its crafting. In short, players must build a base similar to other survival titles on Steam instead of defending a large village. Survival mode's crafting overhaul also allows players to craft all recipes via a new object called the Allforge. Players can access this new Allforge from the build menu, which can be placed anywhere near their base. Using the Allforge, players can place new crafting stations, which allow them to build all items the previous crafting NPCs were used to make.

Tribes of Midgard gets a Fishing feature in Season three

With Season Three's arrival, Tribes of Midgard will get a new fishing feature that allows users to make a fishing rod to fish at ripples. Players can find ripples in both rivers and oceans and can fish at them by casting the fishing rod. The fishing feature will also work similarly to other games where the concept is to reel the fish in quickly.

Tribes of Midgard gets a new Spear weapon

As for the final piece of content in the Season three update for Tribes of Midgard, players can expect a brand new spear weapon. This new spear weapon will grant users more reach to strike multiple enemies in a linear direction. The spear can also be a good starting weapon, as the first variant only requires wood.