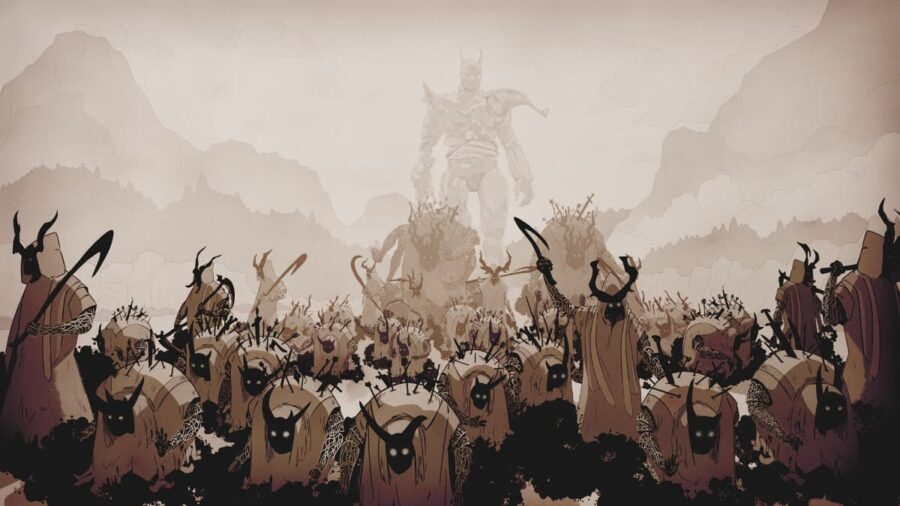 To beat the saga boss called Fenrir, players will need to gather 25 quest, 50 event, 15 Jotunn, and 5 hideout fragments to unlock the lair that leads to them.

Players will also need to gather 50 cut stone, 30 wrought iron, around 2500k souls, 10 ancient cores to repair a bridge before they can get even near the Saga Boss's lair.

To gather all of these resources, players can either gather the resources themselves or repair the quarry worksite. To get ancient cores, players will need to kill elite enemies such as unsunken warcheifs or witches.

Repairing the quarry is the best option for both wrought iron and cut stone. The reason why is that if you get it built early enough, it will net a steady flow of the required materials to repair the bridge.

To get souls, they can always farm camps and the treasure chests that reside inside as each chest, depending on the variant, can offer around 200 souls at minimum when opened.

Killing enemies is also another option, gathering souls and completing quests, all of which players will be doing already to get some of the fragments they need.

Related: How to get and use Iron in Tribes of Midgard

However, once the bridge is repaired, they will still need to get a certain amount of fragments needed to open the lair. Here's where you can get them all, and the best ways to do it now.

How to get all fragments in Tribes of Midgard

Then for the last fragment type, hideout fragments, you will need to clear the various hideouts that can appear on the map, if you can't find them use the map legend to locate their icon on the map. That said, to recap use the following chart as a resource to aid you in getting all fragments in the game.

When you gathered all of the required materials, you will be able to rebuild the bridge that you can find via a bridge icon, and then locate the Saga Boss's lair and fight and hopefully kill Fenrir.