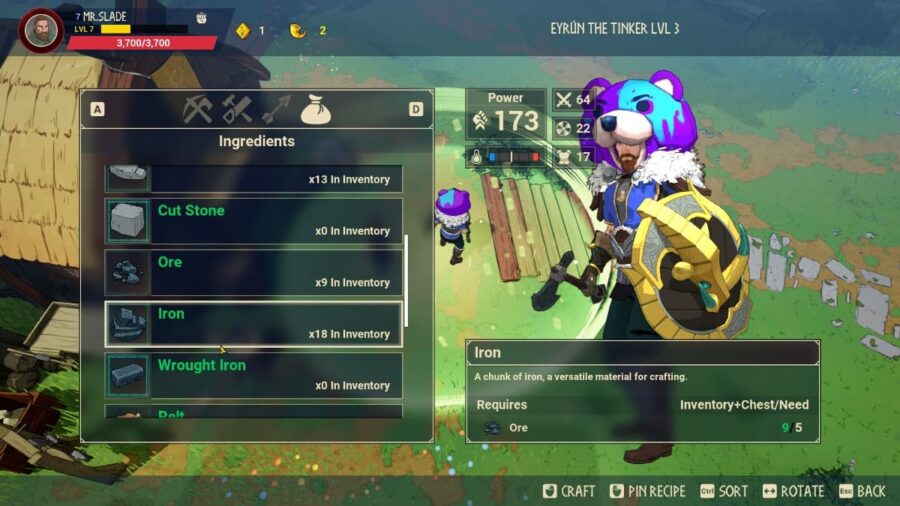 To get iron in Tribes of Midgard, players will need to gather it via Iron deposits that can spawn in all biomes using a pickaxe.

If players don't have a pickaxe, they will need to gather both flint and branches off the ground in their starting area and take them back to the Tinker NPC to make a flint pickaxe.

When players get their pickaxe, they will be able to gather iron via black deposits littering the ground, and once gathered, the iron can be used for a number of things.

Related: What do Worksites do in Tribes of Midgard – How to rebuild Worksites

The biggest would be to make wrought iron which is a resource required in nearly all building upgrades such as the gate, archer towers, and worksites. Players will also need to iron to make several starting weapons, armor, and other items in the game.

But for a lot of these resources, they will also need to gather a sub resource, in this case it's called ore, which luckily can be gathered via the same iron deposits.

That being said, when you gather enough iron in Tribes of Midgard, we highly recommend turning it into wrought iron as soon as possible so that you can repair the gates in your village. These gates will help you, In the long run to hold off the approaching hordes and survive longer in the game.