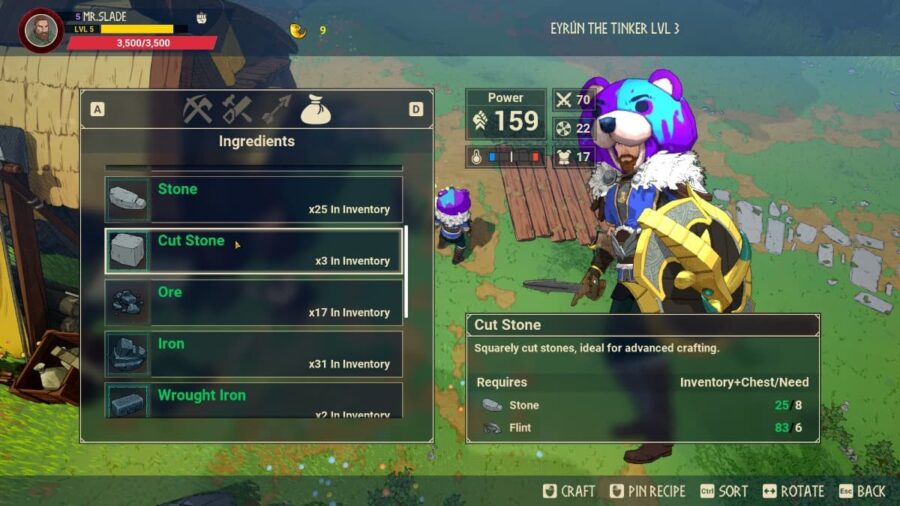 To make cut stone blocks and flint in Tribes of Midgard, you will need to gather stone via stone and flint mounds and then speak to the Tinker.

Under the Tinker's resource tab, you will be able to make cut stones at the cost of eight stones and six flint.

That being said, you can get both of the resources you need for cut stone simply by exploring the world and picking them up when you come across them - both resources are also common in most regions of the game.

However, to get stone mounds, you will need to first make at least a flint pickaxe, as you will not be able to mine stone and other resources in the game without one.

Related: How to buy and sell items in Tribes of Midgard?

Once you gathered enough materials, head back to the village, and you will be able to make cut stone, which is a required resource in several things in the game.

The first of which is to build and upgrade your gates, which become useful for holding back the hordes that come to attack the tree in the center of the village.

You will also need to get cut stone to repair the workplaces that litter the game would. Repairing these will then allow you to generate valuable materials using these workplaces for you to use in other crafting recipes.