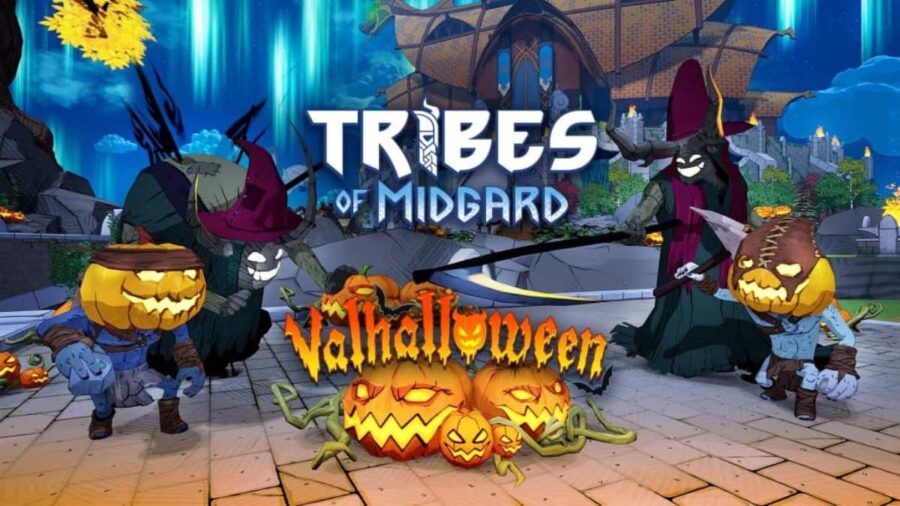 Image by Norsfell and Gearbox LLC

Tribes of Midgard is having a special event for the spooky of all months that will last from October 12th to November 1st. During the event, players can complete challenges to earn special in-game items and collect costume sets from the in-game store via in-game currency.

New enemy variants have also been added to go along with the event. These are required for specific challenges that will go on later in the month. For example, on week three of Valhalloween, players will need to slay 75 Pumpkin Goblins. There are also three challenges players can complete during the spooky event, and each one will go on for a certain amount of time. Here are all start and end dates for the festive challenges for the Tribes of Midgard Valhalloween event.

Alongside the Halloween goblins, helthings have also received a new enemy variant called Val Helthings, pictured above alongside pumpkin goblins. However, these two enemies are not the only things in the spirit of Halloween during the event.

The entire game has received a make-over and now has a spooky Halloween feel. In short, expect tons of pumpkins everywhere, as shown below.

Overall, there are tons to do during this new event, and the game has a total of three costume sets to grab from the store and brand new pets themed around Halloween. Here is the full list of costume sets and pets you can earn from the Valhalloween event in Tribes of Midgard.