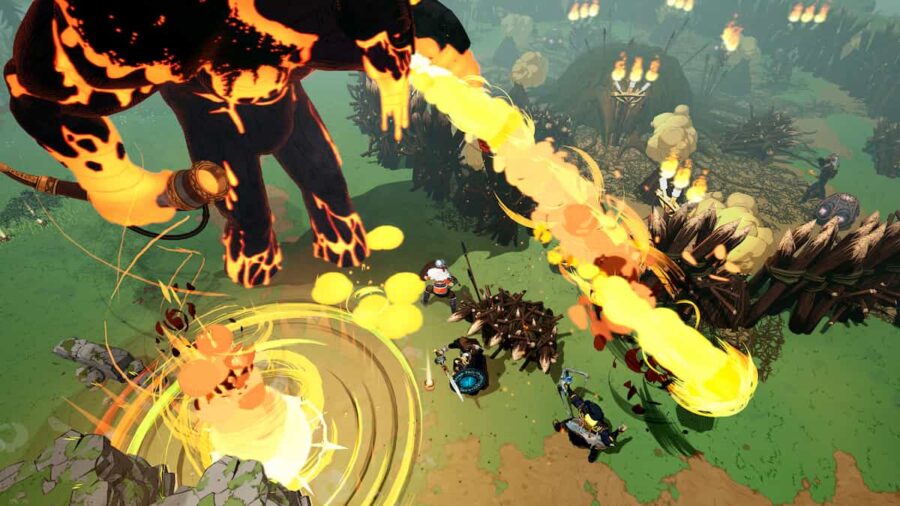 Tribes of Midgard is an upcoming game where players are given one ultimate task to protect the Seed of Yggdrasil from the dark invaders. Developed by Norsfell games, the game has a unique take on medieval Norse mythology and players can slay giants to protect their Viking village.

The game releases on July 27, 2021, and players can get their hands on some free goodies if they pre-order the game. The free in-game rewards are different on platforms for players. Here is a look at the available bonuses for the players who will be pre-ordering the game.

Related: Tribes of Midgard: What Can Players Expect in Season 1: The Wolf Saga

What are the pre-order bonuses for Tribes of Midgard?

Tribes of Midgard has two different rewards for the players playing on various platforms. Players can purchase the standard version, which has the base game only. However, they can spend a little extra to get their hands on the deluxe version and earn cosmetics and more in the game.

If you play on Playstation 4/5, you can get Solar Valkyrie Cosmetics, which includes the armor set, sword, and shield. Additionally, you can have cute Maniklo and Soleyra pets accompany you on the battlefields.

But, if you play the game on your PC (Steam), you can have access to the following items. Lunar Valkyrie Cosmetics includes the armor set, sword, and shield, plus the Maniklo and Soleyra pets similar to the earlier bundle on the consoles.

If players want to delve into the world of North mythology and defeat evil creatures with other fellows Vikings, then this is a no-brainer for them. Once released, the game is set to get more updates down the line.