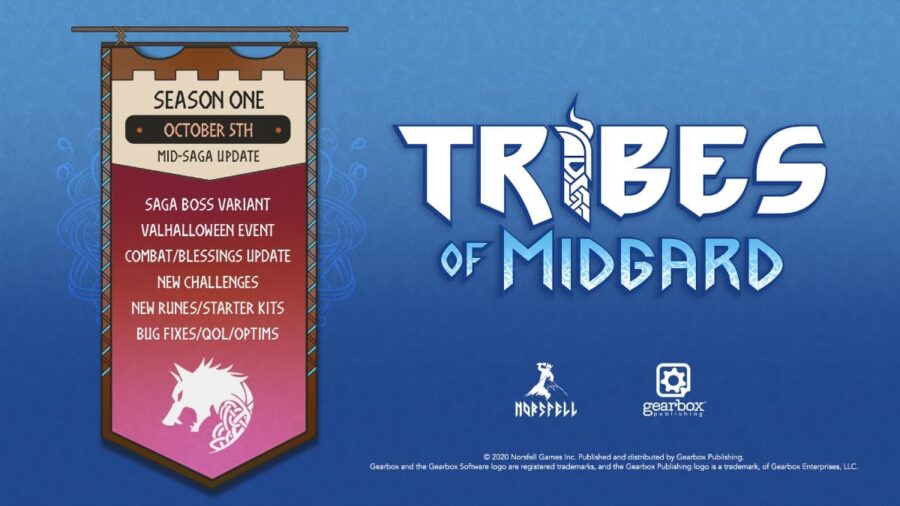 The developers have just confirmed the Season One Mid-Saga update for Tribes of Midgard to be launching on October 5th.

In this new update, many new items will be added that range from starter kits to new runes. New challenges and a new Halloween event are also planned, and players can also expect a new alternative Saga Boss variant.

How the new Halloween event and alternative Saga Boss would work or how they will be implemented is unknown, as the update has only just been announced.

Related: How does the store work in Tribes of Midgard – Full Store Rotation List

Our guess is that the event will replace the current Saga quest going on for the duration of October. So just in case, make sure to complete all saga quests and get all items before October 5th.

If you need any help, make sure to view some of our guides on Fenrir and how to survive day 15. That said, when the Season One Mid-Saga update finally comes around, players will be able to complete new challenges and unlock all of the new items through either the game or the store.

Some of the items will also most likely be added to the game's store rotation system, and you will have to either buy them within a day or week before the store rotates.

When is season 2 of Tribes of Midgard coming out?