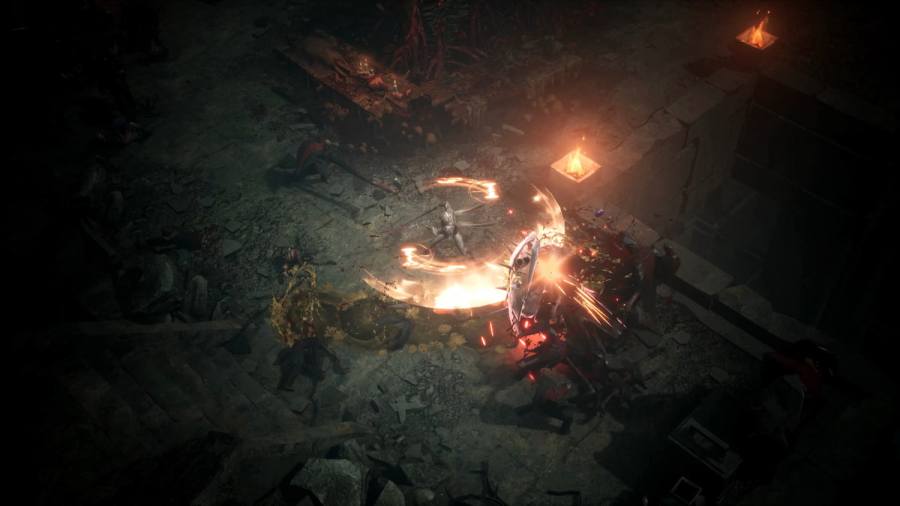 There are few things more satisfying in an ARPG than throwing yourself headfirst into a sea of angry mobs knowing you’ll come out the other side with a trail of chaos in your wake. One of the best ways to achieve that in Undecember is by honing your Whirlwind attack to the absolute max, dealing out massive melee damage in a wide swathe across the battlefield. If that’s the path you want to follow, read on as we discuss the best Undecember Whirlwind builds.

Currently, the best Undecember Whirlwind build is the Whirlwind Toxic Flame combo. It has become hugely popular because it is incredibly simple to play, combining reasonable maneuverability with huge melee range DPS. You’ll need a two-handed staff to give your Whirlwind attack maximum reach. But two one-handers will also suffice in the early game. In terms of gear, you want to get Attack and Spell Damage as high as possible, alongside Attack Speed. DoT Amplifier will also help your Toxic Flame pack a major punch. You’ll need a lot of mana and attack damage, so focus your stats purely on Strength and Intelligence.

Whirlwind can get you through Act One, and you can then pick up Toxic Flame in Act Two. Once you have it, transfer all the juice into Toxic Flame as that’s where your damage will be coming from. Whirlwind becomes the enabler, linking to Quick Attack, Hunger (gain health as you do damage), and Channeling Enhancement (reduces damage while channeling). For Toxic Flame, link it with Whirlwind so that it doesn’t need to be cast. Max it out with Additional Poison Damage, Deadly Poison, and DoT to cause mayhem on the battlefield.

The Whirlwind Bloodshed is a Fighter build that’s great for inexperienced players. But it continues to be effective deep into the endgame. In terms of gear, you’ll want Weapon Range on a two-handed weapon for maximum AOE reach. Defensively, it should also have HP Absorb on Attack hit and Speed. In terms of armor, concentrate on buffing Physical Attack Damage, Critical Rate, Critical Damage, and Attack Speed. Also up your HP Percentage and Resistances as much as possible.

For Runes, Whirlwind is obviously your main source of instant DPS, combined later with Bloodshed for a strong chance of ongoing damage, as well as damage reduction for yourself (within the Domain of Blood range). Combine Bloodshed with as many Crit Chance, Crit Damage, and Physical Damage Runes as you can muster to pack a massive punch. And compliment these with Fighter’s Wrath (both attack damage and speed) and Provocation (armor and damage up). If you can’t get HP Absorb on your weapon, or feel you’re not getting enough health back, link Hunger to your main attack to heal that way.

Looking for more on Undecember? Explore Pro Game Guides with Play Your Way In Dark Fantasy ARPG UNDECEMBER and What to do with the Medallion Coupon in Undecember.