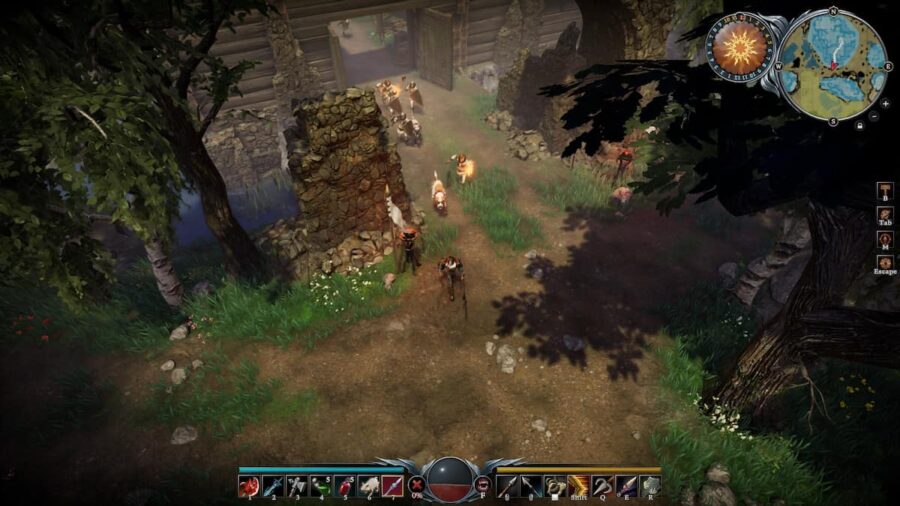 V Rising is a survival game that sees you try and stay alive as a vampire. You stalk your prey, explore an open world, and slowly become more powerful and advance. So why is the game compared to Valheim, a game set in a world inspired by Viking culture? Well, the two games have more in common than you might think.

V Rising and Valheim’s progression is tied to defeating major bosses. In V Rising, the first boss, the Alpha Wolf, unlocks the travel form. This means that you can massively expand your base afterward. In Valheim however, defeating Eikythr stops the Boars and Necks from raiding your base and instead has you advance to fight Greydwarfs, giving you access to more materials and progression.

Related: How to craft Hollowfang Battlegear in V Rising

Valheim and V Rising both turn the traditional survival formula into more of an RPG with a progression system. V Rising has you improve your vampiric abilities, while Valheim will have you increase your weapon skills.

Both V Rising and Valheim have been surprise hits. With little to no hype before release and then a huge explosion in people playing them, these games have created a spark among survival game fans.

Both V Rising and Valheim balance base building and exploration perfectly

In V Rising, you’ll want to sculk back to your base after a hard day of draining the local populace. While in Valheim, you need to venture out from your base to replenish the materials you inevitably lose when your camp is attacked. In both games the balance between staying in your base and going out to explore is finely balanced.

Ultimately, there’s no one reason that makes these games ripe for comparison. There’s a lot of differences, from the third person perspective of Valheim, to the top down view of V Rising. The tone and setting are very different. But because of how similar their release, gameplay loop, and rise in popularity have been, they’re always going to be compared.

Why is V Rising compared to Valheim?