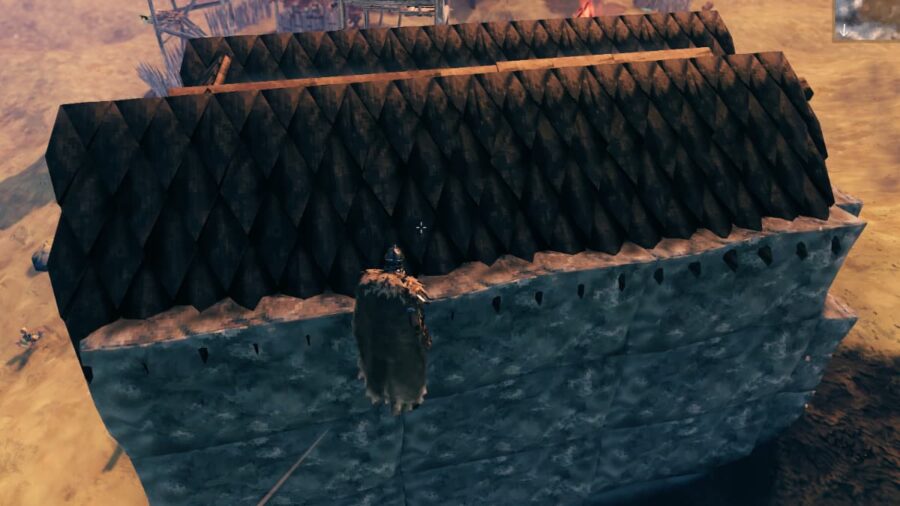 Alongside darkwood buildings, shingle roofs were added as a new component of the base building system in Valheim with the recent update. To make shingle roofs in Valheim, you will need a hammer, two wood, and one tar.

Once you got all of that, right with the hammer, find the building section of the build menu, and then pick whatever shingle roof you want to place and left-click it to place it.

All shingle roof variants will use the same amount of wood and tar, and you can get tar from tar pits in the plains biome.

Related: Where to find tar pits in Valheim

Tar is a new resource that was recently added with Hearth and Home and is also needed to make darkwood buildings. Because of such importance to both building types, we recommend finding tar when you get the chance, as soon as possible.

There are also several variants of shingle roofs, so here's a full list of all of the shingle roof options in Valheim.

All Shingle roof options in Valhiem