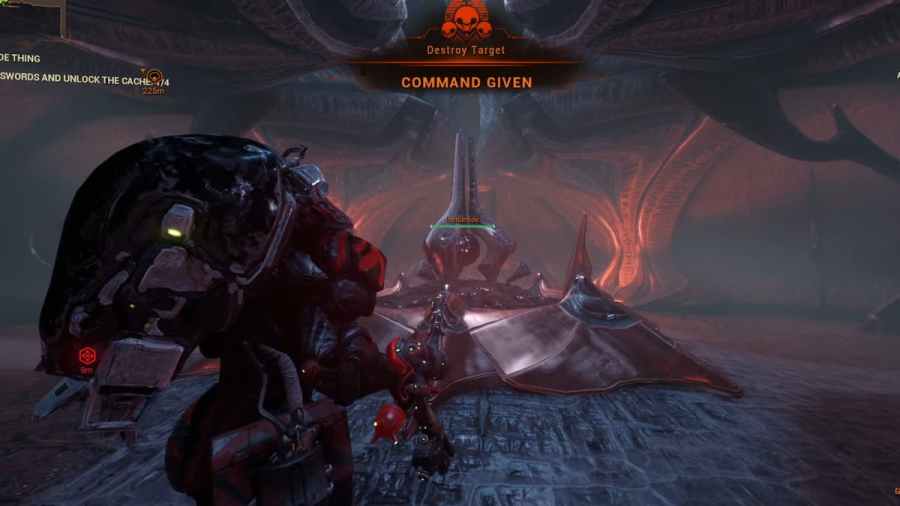 Kahl's Garrison is a resistance movement led by Kahl-175 who is fighting to free his Grineer brothers and the Origin System from the grip of Narmer control. While battling Sentient forces, you will also remove Veils from Grineer enemies to turn them into allies. Allied brothers can be commanded by Kahl to carry out tasks as and when needed. By aiding Kahl in his fight against evil, players can earn rewards and purchase goods from Kahl's recruit, Chipper. In this guide, we'll tell you how to blow up five Node Things in Kahl's Prison Break mission in Warframe.

In order to complete missions in Kahl's Prison Break, we need to head over to the Murex which emerges above Deimos. Aboard the Sentient warship, you play as Kahl-175 to complete various challenges, one of which is to destroy Node Things that you encounter along the way. The Node Things can be found in almost every side-room that you enter. Furthermore, you are guaranteed to encounter three Immunodes once the Expose Node Thing quest objective is triggered.

Keep in mind, however, that in order for the destruction of the Node to count, they must be destroyed by your Grineer brothers. Once you have removed the Veils from Grineer brothers, you can command them to attack a specific target. To enter Command Mode, aim at the Node Thing, click the default Waypoint button (G on PC), and click Left Mouse button to command your brothers to attack the Node.

Completing the challenge will reward you with Stock, which can then be used to purchase wares like weapons, Warframes, and Archon Mods from Chipper Offerings in the Drifter's Camp.

Wondering how to free Grineer brothers by using the Veilbreaker? Check out Where to break Five Narmer Veils in Kahl’s Prison Break Mission in Warframe, right here on Pro Game Guides.