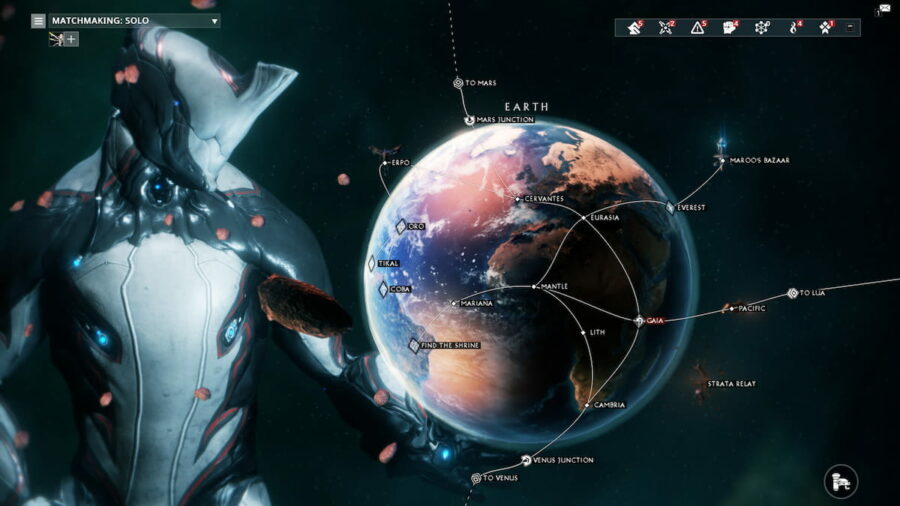 Warframes are as powerful as they are different, all with different skills and armor. They all display different strengths and weaknesses that add to a player's playstyle. There are a few methods of obtaining a Warframe, but each way is relatively simple.

The method that players use the most for obtaining new Warframes is by constructing them at the Foundry. Players will have to obtain the blueprints to their desired Warframe and then acquire three pieces to craft.

Players can acquire these pieces in one of four ways. Assassination missions will show the rewards available for players, usually including the Neuroptics, Chassis, and Systems pieces for crafting a Warframe upon completion. Several Quests give these pieces as well usually alongside the blueprint.

Clan Dojo research can also reward players with pieces as long as the right labs are built. Clans are useful for developing all manner of things as many of the items obtainable in Dojos are otherwise only available through the purchase of Platinum. Lastly, players can use the Market to acquire Warframe pieces and blueprints for Credits.

Platinum is a limited resource that can be obtained with real money or farmed. When purchasing a Warframe in the Market with Platinum, the entire Warframe can be obtained already constructed. Additionally, the Warframe will already be upgraded with an Orokin Reactor to double the Warframe's mod capacity.

Players won't have to worry about their Warframe slots either, as purchasing these Warframes comes with a free slot as well that would normally cost 20 Platinum.

Later on in the game, players will be able to do Void Fissures, special missions that will have the player doing one of several objectives. A group of rewards is available for each Fissure and is useful for obtaining elusive Prime parts.

Later in the game, players will unlock the ability to do bounties on different planets in a much more open-world gameplay style. By doing these bounties and gaining renown with various Syndicates on these planets, players will purchase blueprints and parts for specific Warframes.

For more information regarding the combat in Warframe, check out All Warframe Damage Types, Explained on Pro Game Guides!