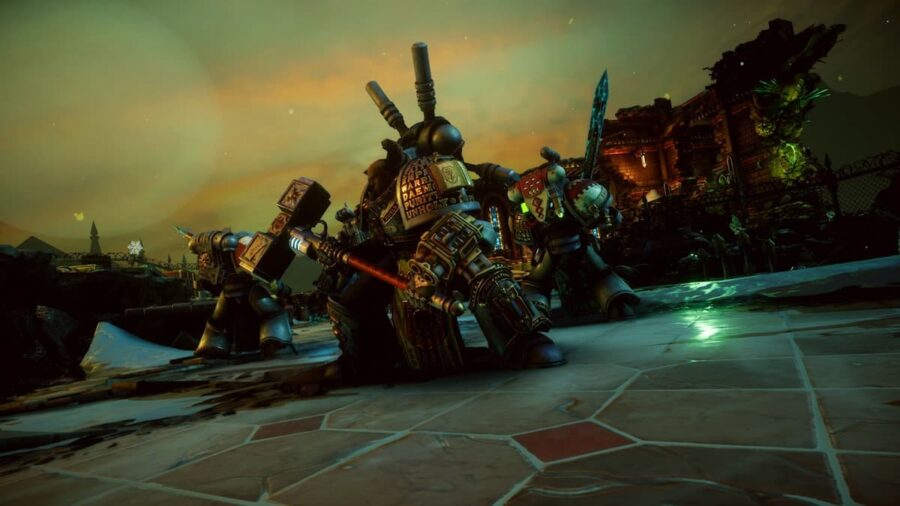 The Developers Frontier has just launched the first in a long line of developer diaries for Warhammer 40k Chaos Gate Deamonhunters. In the new series of diaries, the folks over at Frontier will detail critical parts of their game and showcase gameplay and features.

First off, we learn that Chaos Gate plans to provide players with an experience similar to games such as XCOM but with a combination of tactical RPGs and strategic management.

Players in Warhammer 40k Chaos Gate Deamonhunters will also command a squad of Grey Knights and wage a war of purification against the forces of Nurgle in a vast sector spanning campaign.

In the campaign, players will need to stop a mysterious and deadly plague that is quickly spreading across a vast sector of the Imperium.

To combat the growing threat players, will take control of a squad of Grey Knights and command them through countless battles spanning several game maps.

In these battles, players can use the many skills of the Grey Knights to seize the day through brutal combat. However, combat is not the only thing players will need to worry about, as there is also a management and RPG side of things.

In short, players can level and gain new abilities and also customize their Grey Knights. Customization also includes both abilities, appearance, and war gear and equipment.

That said, you can find out more about customization and the many battles in the developer diary for Warhammer 40k Chaos Gate Deamonhunters linked above.

For more on the universe of Warhammer 40k, we at PGG have you covered with games like Warhammer 40,000: Darktide Release Date, Leaks, & Everything we know! and Is Necromunda: Hired Gun on Game Pass at launch?