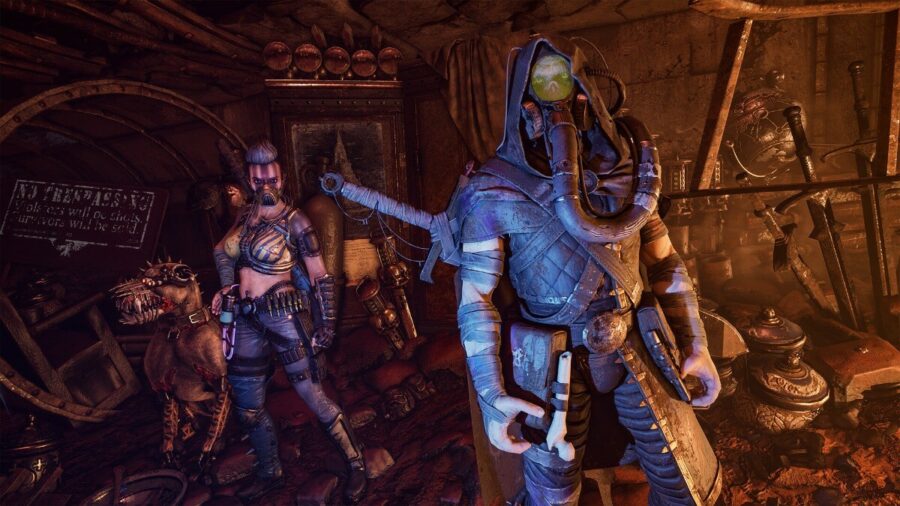 If you are wondering if Necromunda: Hired Gun will be on the Xbox Game Pass at launch, the answer is no. The reason being is that there has been no news from the publisher or developers regarding this, similarly to a possible coop mode.

Related: Can you pet the Hired Gun Dog in Necromunda?

Necromunda: Hired Gun will release on June 1st and is quickly becoming one of the most highly anticipated Warhammer 40k titles. The reason is that the game is among the only FPS titles in the series and has a lot to offer.

For example, the premise behind this game is exciting, as it puts you in the shoes of an underhive bounty hunter on one of the prominent Hive worlds called Necromunda.

In the game, you will accept bounties and fight all matter of gangs, mutants, cults, and even giant cyborgs. Necromunda: Hired Gun will also feature some elements of character customization, tons of weapons, a skill system, and even a cyborg dog.