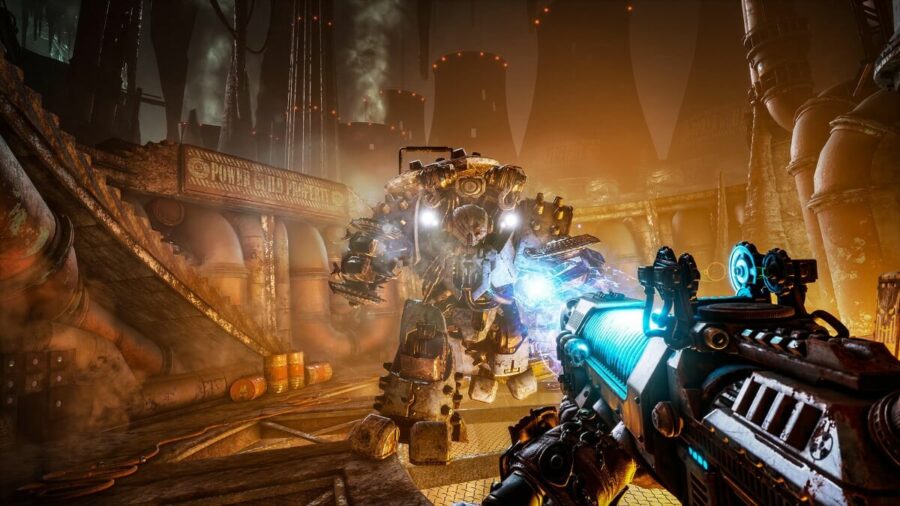 If you are wondering if Nercomunda Hired Gun has a multiplayer coop mode, the answer is no. The reason is simple, the game is a single-player only FPS, and there hasn't been any other info from the developers that says otherwise.

Along with this fact, the game's Steam store page even lists it as single-player only, so this puts the proverbial nail in the coffin of a possible coop mode even more.

Necromunda will release on June 1st, so here's a rundown of what to expect. In short, players play as an underhive bounty hunter and must go after various bounties and accept contracts in a literal cesspit of humanity.

Players will fight all matter of gangs, mutants, cults, and giant cyborgs, all of which are based on the lore of Warhammer 40k. The game also has some elements of character customization, tons of weapons, a skill system, and even a cyborg dog. If all of this sounds good to you,