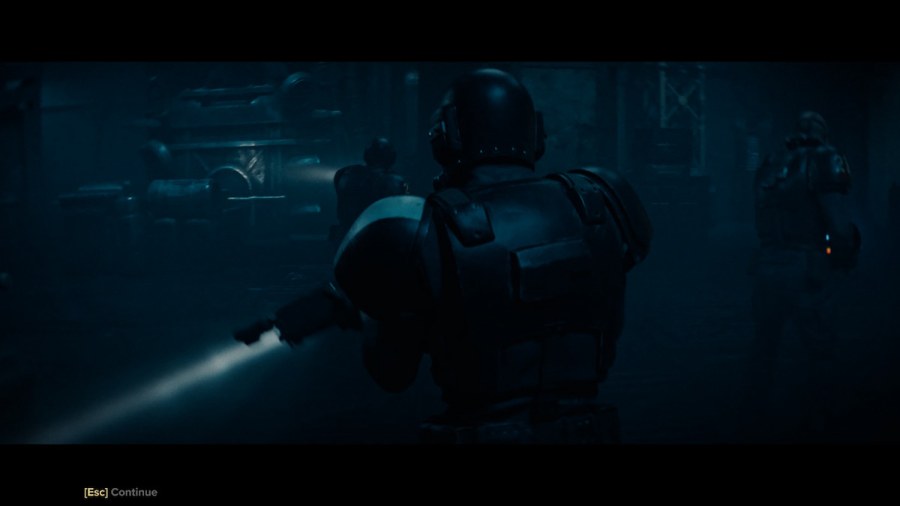 Warhammer 40k Darktide brings us a wide variety of weapons to fight the enemies of the Emperor. The franchise is known for its outlandishness in weapons design, and many of Warhammer's famous killing instruments also appear in this title. But bigger doesn't always mean better. In this guide, we will be covering the best weapons for each of the four classes.

What is the best weapon for every class in Warhammer 40k Darktide?

The best weapon for each class in Warhammer 40k may be subjective, as there are many of them. A lot of it comes down to personal feelings as well since we tend to use the weapons we like more effectively. It's all about the enjoyment one gets from dispatching the hordes of enemies in their preferred way. We tried to be as objective as possible by comparing stats and weapon performances. Here is the list of the best weapons per each class in Warhammer 40k Darktide.

Best weapons for the Veteran Class

Plasma guns offer astounding damage potential with charged weapon shots. They work extremely well against high-health enemies, like bosses and specials. Using the charged shot creates a pause in your firing rate, leaving you vulnerable for a short period. The Power Sword comes in handy in such situations, offering powerful damage output. The Cleave ability it provides is useful as well.

Related: What are Grimoires, and how to find them in Warhammer 40k Darktide?

Flamers have incredible crowd control potential due to their area-of-effect fire. They come second to none when it comes to dealing with a large number of weaker opponents, such as hordes. Thunder Hammer makes it a natural complementary weapon for providing focused damage to a single target with a good amount of Cleave.

Ogryns are perhaps best known for their Battle Maul and Slab Shield melee combo. As the team's tanks, it's their job to take the brunt of the punishment from the enemies, and Slab Shield enables them to do just that. As a ranged backup, serving a more secondary function due to its high reload time is a Heavy Stubber.

Best weapons for the Psyker Class

Force Staff is the bread and butter of every Psyker build, so it is no surprise that it ended up on our list. They greatly amplify your Warp abilities, despite straining your Peril level. Force Swords are ideal for almost every situation when the fight gets close and personal. Their Cleave will come in handy, and their light and heavy attacks are perfectly balanced.

Best Weapons for Each Class in Warhammer 40k Darktide