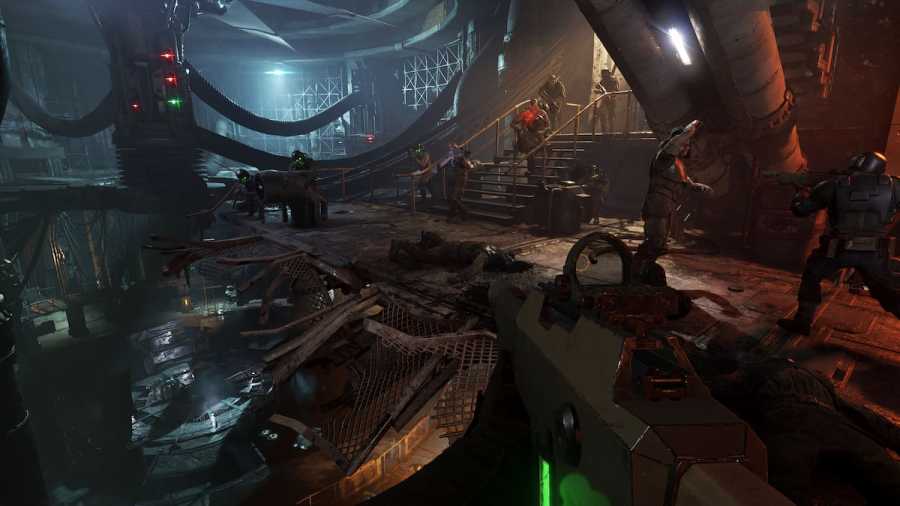 Warhammer 40,000: Darktide offers many enemies, from mindless undead to giant armored abominations. Each enemy faction has unique characteristics, which makes fighting very enjoyable. One of the more formidable enemies are Scabs. Find out more about these servants of Chaos in Warhammer 40k: Darktide so you can defeat them more easily.

Who are Scabs in Warhammer 40k Darktide

Scabs are former Imperial soldiers part of the Moebian Sixth elite regiment. They've succumbed to Chaos and now have only one wish - to eviscerate you and everyone in their path. They all have armor, which makes them harder to kill. That said, prepare weapons with Rending stat to efficiently pierce their protection. You'll encounter several types of Scabs during your journey in the depths of Tertium Hive.

Scab units will create problems for you, especially in the beginning while you're still figuring things out. After you level up your hero and obtain more powerful weapons and items, these armored heretics will be much easier to kill. But even then, you'll always have to pay attention as they can be very dangerous, especially if there are more of them.

In your fights, besides Scabs, you'll encounter Dregs, another Chaos faction in Warhammer 40,000: Darktide. Although these enemies are similar to Scabs, they are much weaker because they wear no armor. Still, these Cultists are formidable opponents, often mixed with hordes of Pox walkers and giant monsters. Sounds tough? Well, suffering is the motto of the 41st-millennium endless war.

For more information on Warhammer 40,000, check out What is the Monstrosity Enemy in Warhammer 40k Darktide in Pro Game Guides.

What are Scab enemies in Warhammer 40k Darktide?