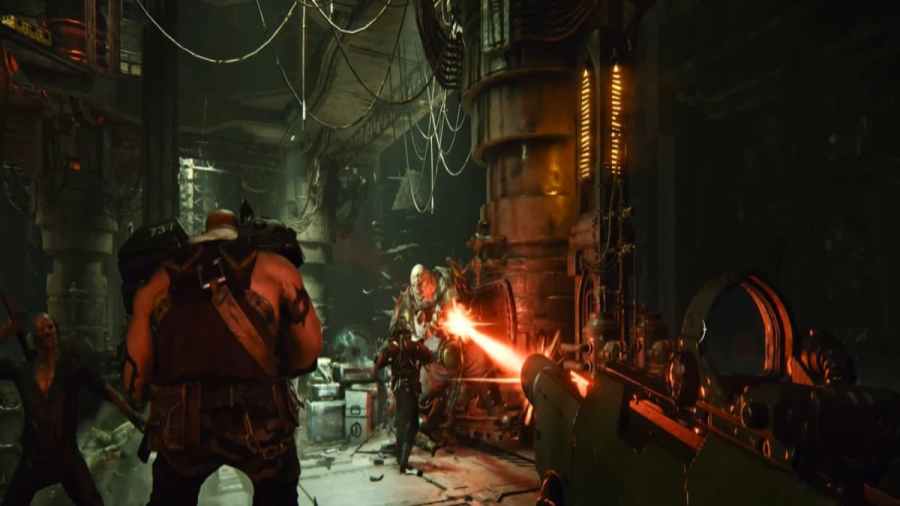 What are Scab and Dreg Enemies in Warhammer 40k Darktide?

If you are wondering what the major differences are or what Dregs and Scabs are in Warhammer 40k Darktide, it's simple. Dreg and Scabs are the default human chaos enemies you will face in Warhammer Darktide. Both enemy types will appear as specialists, such as snipers, gunners, ragers, and regular grunts. Even though they are more or less the same enemy types, Scabs and Dregs remain different in their appearance.

Related: How to beat the Demonhost in Darktide – Warhammer 40k

In short, Dregs will appear most like cultists, with robes made out of rags and hoods most evident in their appearance. On the other hand, Scabs will appear most like Traitor Guardsmen in the Warhammer universe, which means they have armor or look like corrupted imperial guardsmen. Beyond appearance, both enemy types are identical outside of the unique theme.

That said, if you are having trouble remembering which enemies are Scabs and which ones are Dregs, memorize the following: Scabs are armored, and Dregs are cultists. You can also unlock the Meat grinder training mode by reaching level two. We recommend using the Meat Grinder mode to help yourself memorize the different enemy types in Warhammer 40k Darktide.