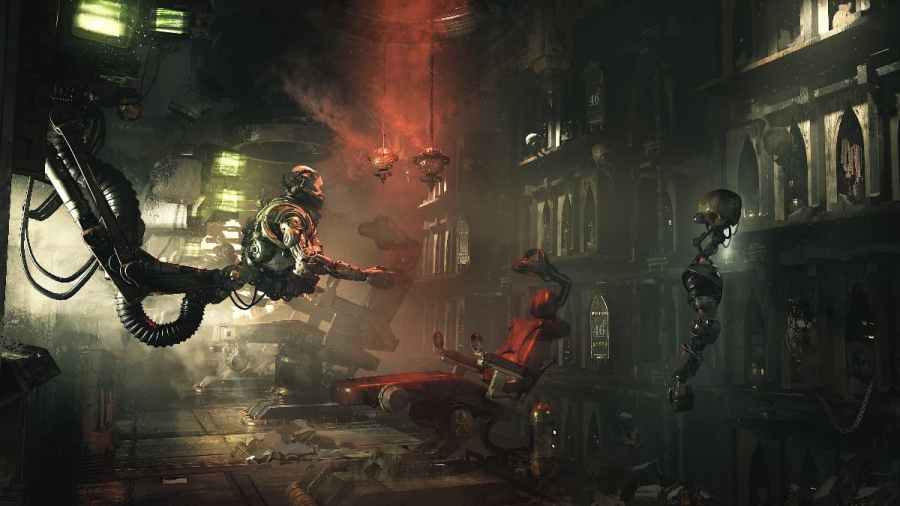 The Demonhost is one of several unique bosses players can encounter during missions in Warhammer 40,000: Darktide. Demonhosts only appear in specific missions during a blackout event, also called Power Supply Interruption. During the event, the entire map will be almost complete darkness and hard to see. Players must also deal with occasional boss fights where they must banish the Demonhost, but dealing with the Demonhost may prove difficult. Here's how to beat the Demonhost in Warhammer 40k Darktide.

Warhammer 40k Darktide Boss Guide - How to beat the Demonhost

If you want to beat the Demonhost boss during a blackout mission, you must damage it until it disappears around four times. Damaging the boss is easy enough as all you have to do is focus fire on it with the rest of your team, but simply concentrating fire on the boss won't be enough. Sure if you put enough damage into the boss, they will eventually disappear, but it won't help at least one or two of your teammates survive the fight.

Related: What is the Monstrosity Enemy in Darktide? – Warhammer 40k

In short, when players encounter the Demonhost, one of four players will get targeted and killed quickly because the boss will relentlessly attack with quick heavy damage dealing attacks. The Demonhost will continue its assault until one player is downed, which happens pretty quickly most times. Because of this, you must have at least one Skullbreaker class in your team with a Slab Shield equipped. The player who is a Skullbreaker needs to use the unique defensive ability the Slab Shield has.

But before using this method, we recommend being in a full squad or playing with at least three friends, as it will require teamwork to pull the method off. You can also solo the boss using this method if you are in the Skullbreaker class, just use in-game chat to let your teammates know that you want to tank the Demonhost.

How to get a Slab Shield in Warhammer 40k Darktide

To get a Slab Shield in Warhammer 40k Darktide, you must first unlock by reaching Trust level 11 Ogryn Skullbreakr class. Around level 11 in the Trust level system, the Slab Shield will start appearing inside the Armory Exchange for a varying amount of in-game money.

How to beat the Demonhost in Darktide – Warhammer 40k