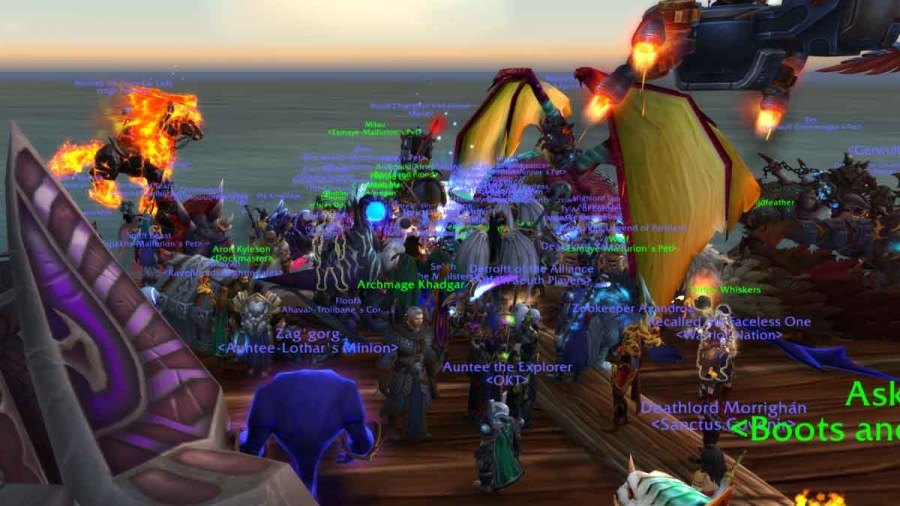 Ah, it's the most exciting time in a live service game. You've settled down with your snacks and drink, ready to explore a new continent. World of Warcraft is about to drop its hottest expansion, Dragonflight, and... You're stuck at the docks in Stormwind or the Zeppelin in Orgrimmar. That is, assuming you can even log in. What's that? A major game like World of Warcraft, where Blizzard has launched multiple expansions over the course of two decades, is having issues!? You better believe it.

At the time of this article, Blizzard has yet to address either error. The developer has confirmed there is an issue affecting authentication servers. The infinite loading screen and "World Server is down" errors appear to be tied to something else, but unfortunately, no one knows what yet. The only fix is to wait for Blizzard to do something in an official capacity. It's not the answer we want to give, but it's the one we're forced to live with.

Launch day issues aren't new, especially in World of Warcraft. But this one is especially aggravating as many players have their characters stuck in hellish limbo. Those that were able to catch a ride to the Dragon Isles are stuck on an infinite loading screen, while those outside one of the two capital cities can't even log in. So, give it some time, check the official Blizzard Customer Service Twitter account for updates, and pray to the gods, old and new, for a quick resolution.

For more World of Warcraft goodies, check out How to get Chip the Pet in WoW Dragonflight on Pro Game Guides.

Stuck on WoW Dragonflight loading screen – How to fix