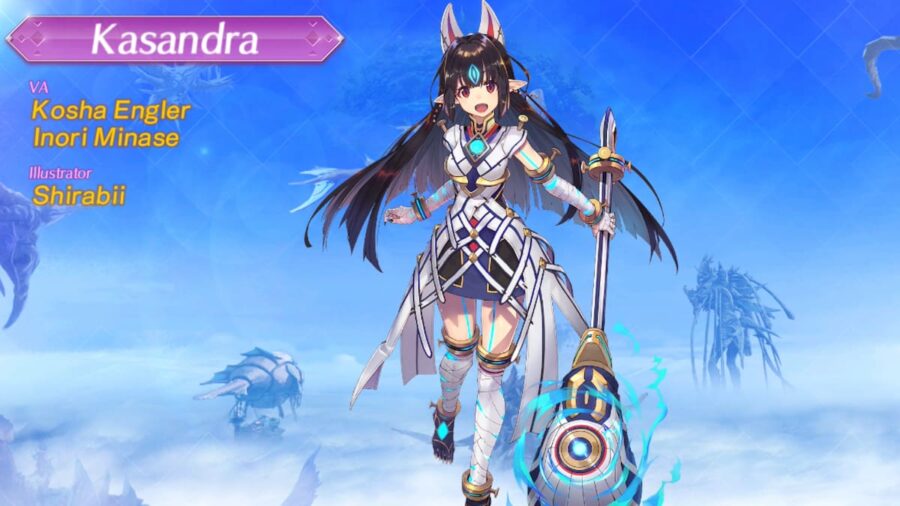 Who is the best Driver for Kassandra in Xenoblade Chronicles 2?

The best Driver for Kassandra in Xenoblade Chronicles 2 is the fourth party member, Morag, closely followed by Zeke, though this depends on the other Blades you have. Kassandra isn't the best Blade, and her place in your team will be short-lived, as she is easily replaced.

Kassandra is a Shield Hammer Dark Tank, so ideally, Morag is the perfect user for her. But, it's hard to replace her trio of Blades, Brighid, Aegaeon, and if you have the DLC Expansion Pass, Corvin. If you do not, Kassandra will make a decent third member until you get Theory. As a plus, Kassandra will give Morag access to Launch art, which will help set up team art combos with the rest of your party.

For Zeke, you ultimately do not want a Tank Blade on a pure DPS class. But, if Morag/Tora are doing their job right, then no aggro will be drawn onto Zeke. Kassandra will be a good rare Blade on Zeke if you have no others, as rare Blades are always better than a normal one. The only other reason to put Kassandra on Zeke is that her bad luck fits perfectly with Zeke's bad luck. It's a match made in heaven, as they both fall into hell.

At the end of the day, give it to anyone you please (apart from Rex), as you'll get access to better Blades soon enough. Kassandra is a good Blade, though, if you have nothing better.

Who to give the Lucky Core Crystal to in Xenoblade Chronicles 2?