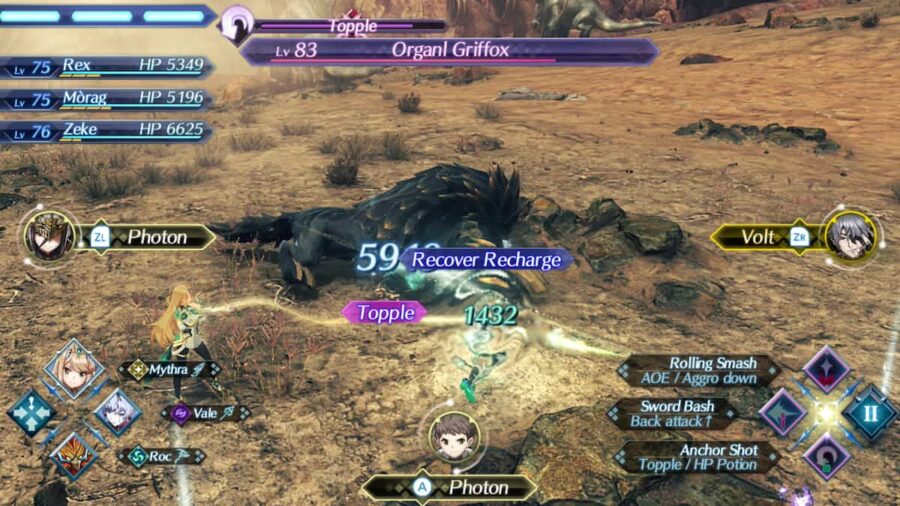 How to use Driver Combos in Xenoblade Chronicles 2

To use Driver Combos in Xenoblade Chronicles 2 is entirely based on character Arts, the Reaction attached, and the Blades the character uses in battle. Each Blade uses a specific weapon, which determines the character's weapon Arts they can use. All weapons are different and may not have any Art Reactions on them. You are looking to use four of these Reactions one after another to pull off an entire Driver Combo.

Four Arts reactions need to occur in succession to pull off the full Driver Combo in XC2.

Landing the Smash attack is the final move that will deal the most damage. But note that there is a time limit to implement each attack, and each follow-up Attack Reaction must be made in this window. And not all monsters have the same resistance. It may take a while to get this combination on a boss, but it is possible.

However, the real fun begins when you combine Driver Combos with Fusion Combos.

You won't get access to Launch or Smash Art Reactions until the midgame portion of Xenoblade Chronicles 2. To pull off a Driver Combo efficiently, you need every member of your team to have at least one of these Arts that inflicts one of these effects. Ideally, you want your party members to handle the rest once you have started it.

Pyra has Topple, so Rex will initiate the Driver Combo 99% of the time. Nia has Break with Dromarch. You need a Blade weapon that has access to Launch, and Rex will get a Smash art as a story progression Blade. To avoid spoilers, these are the weapons for each character with an Art Reaction.

Related: How to get the Lucky Core Crystal in Xenoblade Chronicles 2

Find out if an Art has a Reaction in Xenoblade Chronicles 2 is easy.

How to perform Driver Combos in Xenoblade Chronicles 2