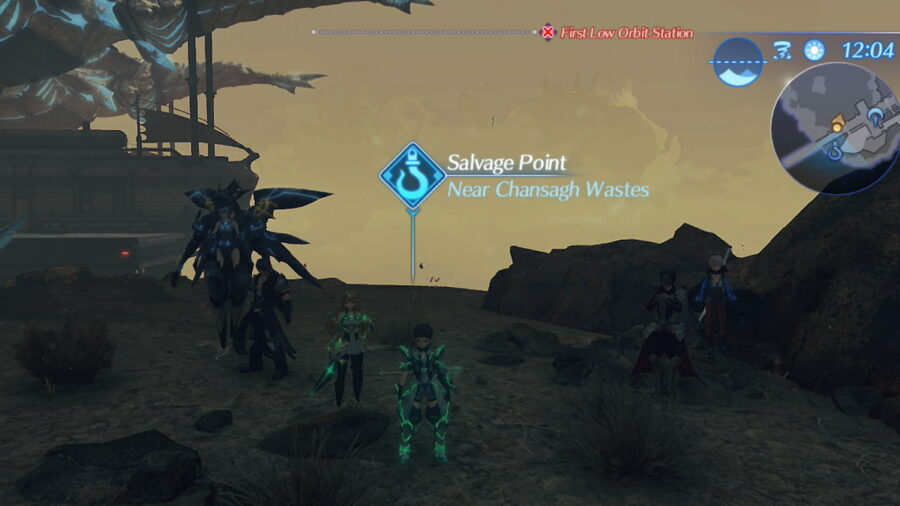 How to find the Lucky Core Crystal in Xenoblade Chronicles 2

To find the Lucky Core Crystal in Xenoblade Chronicles 2, you must first obtain the information that links to this Core Crystal, which is the Greedy Monster intel. This information can be purchased for 5,000 G from any Informant after reaching Mor Ardain or by speaking directly to Razzlydazzly at Argentum's Goldmouth Exit Dock after Chapter 4. Once this information is obtained, it'll unlock a specific monster called Gluttonus Marrin, who you need to defeat to get the core.

The information will say the following: A monster that ate a famed Driver has been seen in Chansagh Wastes. Now, Skip Travel to Empire of Mor Ardain, and select the Fourth Ridge Entrance. If you do not have this fast travel point unlocked, the nearest alternate one is the Old Industrial District, on the Upper Level, which is northwest of Midorl Bridge. Make your way through the complex from the Old Industrial District, avoiding the random level 80+ monsters to get to the Fourth Ridge Entrance.

Once this Skip Travel point has been unlocked, start going southwest toward the Salvage Point while being extra cautious, as this area has plenty of level 80+ monsters roaming around who would happily one-shot you. When you have reached the Salvage Point, you need to use Rex to salvage, which will bring up Gluttonus Marrin.

To increase the odds of getting Gluttonus Marrin from salvaging, do the following:

How to get the Lucky Core Crystal in Xenoblade Chronicles 2