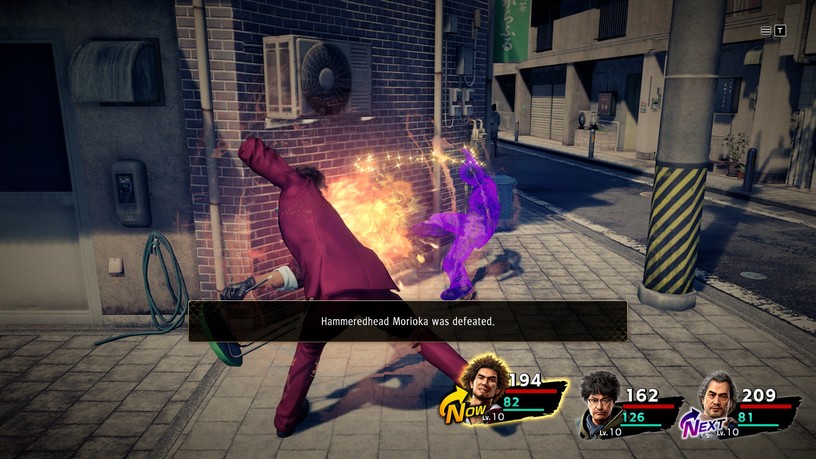 In order to pick up objects and use them as weapons in Yakuza Like A Dragon, you need to be near suitable objects when you attack an enemy. This part also applies where the enemies are currently standing when the combat encounter begins. Because if you attack a guy who is standing next to traffic cones, there is a chance your character will pick it up and use it.

Overall, picking weapons in the game is relatively unpredictable because as soon as combat starts, you can't move your characters around. However, you can get around this by checking your surroundings before starting combat encounters. If the area doesn't look like it has any throwable or useable objects, just keep following the enemies until they reach a suitable spot.

Along with this, make sure it's Ichiban's turn in combat if you want to attack with a picked-up object because they seem to do it the most out of all of the characters. But in the end, you will probably have a hard time trying to do it intentionally, as most combat encounters happen before you can do anything. Because of that, you are better off just letting it happen on its own.

Not the yakuza guide you were looking for? Well, don't fret because you can find our entire stock here at Yakuza Guides.