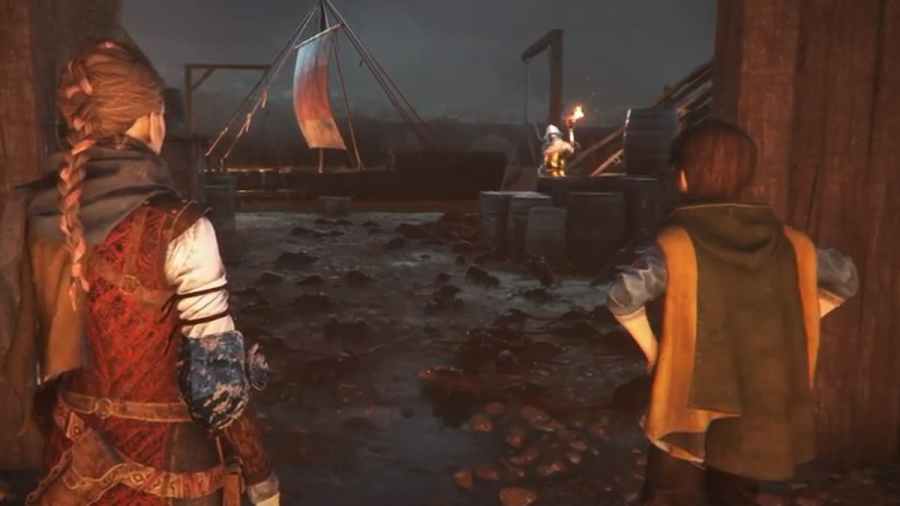 To avoid killing the guard at the docks in Chapter 4 of Plague Tale: Requiem, you must temporarily blind him with the newfound tar resource. Blinding him will give you and Lucas enough time to rush past him and escape without any unnecessary killing.

Related: How to open a way for Arnaud in Chapter 7 of Plague Tale Requiem

If you want to be thorough, you can blind the guard and head to the stairs on the right. There you'll find a chest with a few trinkets. After you take those things, repeat the blinding process and run to the door. Now you know how to avoid killing the guard at the docks in Chapter 4. Be proud, as you've shown pacifism[add link here] one more time.