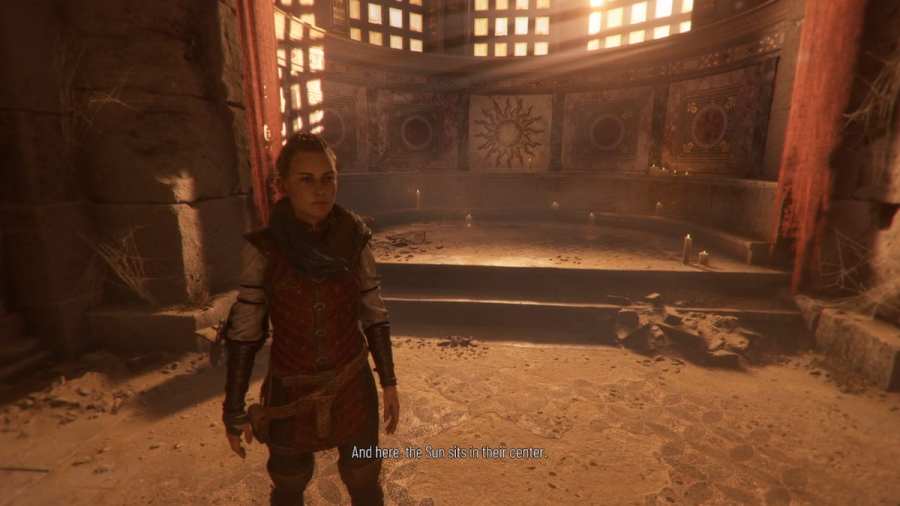 A Plague Tale: Requiem is an action adventure where you'll need to defeat enemies and solve puzzles. One of them awaits you in Chapter 2, where you need to unlock the door, but instead of a key, there's a set of rotating bells. So, how to put these planet symbols in the right order in A Plague Tale: Requiem?

To open the door, you need to arrange the symbols of the planets in the proper order by hitting bells with your slingshot. From left to right, the order of planets is Jupiter, Mars, Venus, and Mercury. Lucas will describe each symbol when you stand in front of the bell. Those symbols are mostly connected to astrology symbols for these planets.

Related: How to save in A Plague Tale Requiem