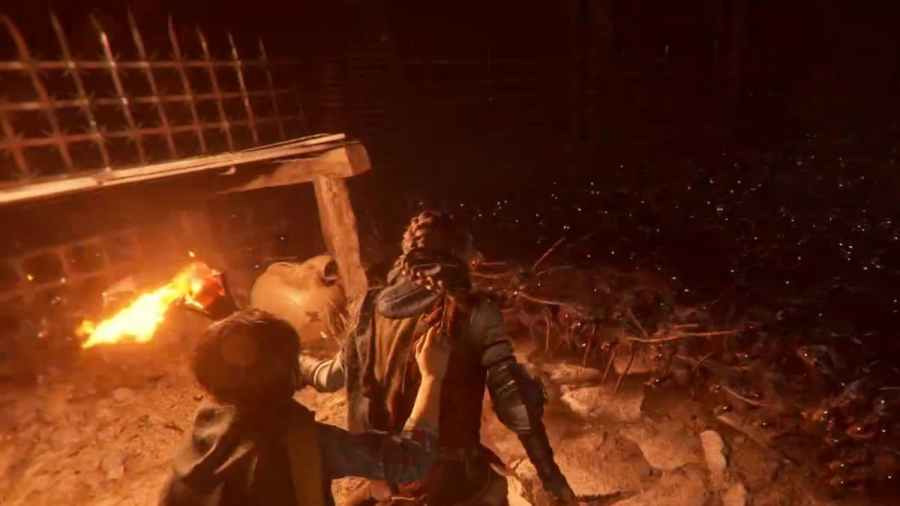 A Plague Tale Requiem is a third-person action-adventure experience available on PC and PlayStation and free to play with Xbox Gamepass. You can continue Amicia and Hugo's story as they struggle to survive the Plague Rats and other foes that seek to harm them. There are so many new features to discover, from expanded combat to larger locations and fresh new puzzles to solve. So, how can you defend yourself and your little brother in the harmful environment around you and stop the spread of the Plague?

Can you kill the Rats in A Plague Tale Requiem?

The Plague Rats are very harmful to you and Hugo if you run into them or they manage to reach you. Despite some cutscenes and story beats showing the rats being squished or killed in other ways, you cannot fight or harm the Rats at any point during the story. You can wield weapons such as your sling as Amicia but will be unable to do any damage to the Rats. Instead, you can form a path or keep Rats at bay using fire or light from a torch or other means.

Related: How to avoid killing the guard at the Docks in Chapter 4 - A Plague Tale Requiem

Don't worry! There is plenty of combat involved in the story of Plague Tale Requiem, but the Rats are not an enemy you will be able to initiate in battle sequences. Instead, you will have to seek other, more creative ways to eliminate them since their main weaknesses are light and fire. You can clear paths in locations by utilizing nearby fire or opening windows and crevices to shine light in.

Is it possible to kill the Rats at any point in A Plague Tale Requiem?