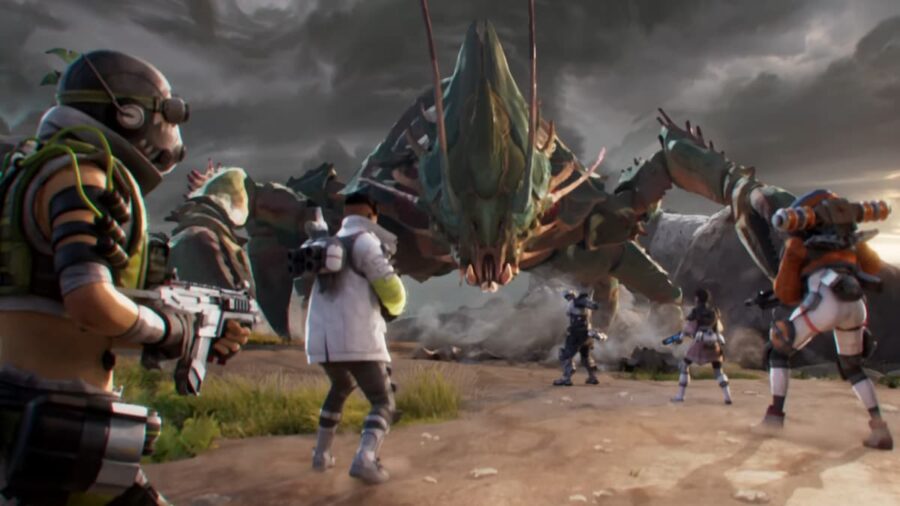 In Apex Legends, players can choose between various characters with various abilities to play every match. While the combat revolves around gunplay, there are a few other mechanics and aspects that players need to keep in mind. You must practice as much as possible to get better at this battle royale and try finding squadmates to team up with. Dying in Apex Legends is inevitable and essential to understanding the game better.

If you plan to improve in Apex Legends, we recommend recording your gameplay and reviewing them later. Reviewing their gameplay allows players to recognize, analyze, and rectify their mistakes. We have compiled a list of tips and tricks to help players get better with regular practice. Here’s what players need to know to get better at Apex Legends.

Best tips and tricks to get better at Apex Legends

If you are a new player, you first need to understand the abilities and roles of every Legend in the game. For instance, there are four primary classes, Offensive, Defensive, Recon, and Support. Legends are categorized accordingly and have abilities that are quite different from each other. While Offensive Legends play the crucial role of infiltrating the opponent's location and rushing into combat, Recon characters are essential for finding these enemies. Similarly, Defensive Legends are experts at locking down an area, while Support characters bolster the team to sustain through combat.

Rushing into the enemy's location as a Gibraltar or Caustic is not the best idea. Similarly, holding back and letting your teammates engage opponents first while playing Octane, Wraith, Horizon, or other Offensive Legends is not ideal either. It is imperative to select a balanced composition during the Legend selection screen. You will not get to pick your favorite characters every time, so it's best to learn a handful of Legends. Understand what your team needs and make decisions together by combining Legend abilities. Communication is key in a battle royale game, and that's where most players tend to fall short.

Although it is not mandatory to keep your microphone open, effective communication helps teams to perform better in Apex Legends. Even if you cannot talk, use the game's pinging system to inform your teammates about opponents. You can also type and use the in-game chat to communicate with teammates. After a fight, it is ideal to quickly swap Evo Shields from the opponent's boxes to stay prepared for a third-party situation. The best practices involve marking loot for teammates and using the pinging system to highlight incoming enemies and rotational options.

A simple example involves finding an enemy and shooting at him alone. The best you can do is break their Evo Shields or get a knockdown. However, communicating with teammates right after locating an enemy makes combat much easier. For instance, inform your teammates right after spotting an enemy, use a short countdown and shoot at the enemy together. This will knock down opponents quicker and give the opposing team less time to prepare for the incoming rush.

Related: How to check the Predator List in Apex Legends – Ranked Leaderboard

The unique movement mechanics in Apex Legends is designed for high-octane combat, and players must understand its importance. Knowing how to do certain movement tricks like bunny hopping, wall bouncing, and tap strafing, allows players to beguile opponents with their skills. These tricks are tougher to master and require players to practice in the training range. However, applying these techniques in combat scenarios will show a stark difference.

Wall bouncing and tap strafing allows players to change their direction quickly. This will force opponents to change their crosshair placement, and those with poor tracking skills will fail to shoot your character. Using these movement techniques makes players elusive and difficult to shoot at. Performing these movement tricks in actual combat situations can be tricky, and we recommend players do them without the fear of dying. Doing a quick tap strafe or a wall bounce right before swinging and pushing the enemies will often make a huge difference in combat.

Weapon choice is critical in a first-person shooter game, and the fundamental skill is to control a weapon's recoil. Learning how to control the recoil not only lands more shots on the opponents but also gives you an advantage in gunfights. Weapons like the R-301, VK-47 Flatline, Volt, and CAR SMG have stable recoil, making them the easiest ones to control in Apex Legends. Alternate between hip fire and ADS, depending on the range. You can also quickly scope in before hip firing to be more accurate at close range. Controlling the recoil allows players to spray a full magazine on opponents without missing too many shots.

Similarly, simple tricks like weapon swapping instead of reloading make a huge difference mid-combat. Mastering single-fire weapons like the Wingman, 30-30 Repeater, Peacekeeper, and Snipers take a while as it requires precision aiming skills. Most of the abilities in Apex Legends have a unique trajectory, and you need to practice tracking opponents with proper crosshair movement. For example, Horizon's Gravity Lift sends the character upwards, where vertical aim tracking comes into play. Players need to learn the different trajectory patterns for various Legends and their abilities to fire at them precisely.

Related: Where to find laser sights in Apex Legends

Positioning and map knowledge in Apex Legends is crucial to winning games in battle royale mode. Kings Canyon, Olympus, World's Edge, and Storm Point are the four battle royale maps players get to explore in Apex Legends. You need to explore and get an idea of all the areas on specific maps to stay a step ahead of the zone. Knowing where to rotate ensures that players get a high position finish during the end game. Visit every POI and thoroughly check out all the areas in public matches. Exploring the map eventually leads to discovering these locations' different vantage points and rat spots.

For ranked matches, it is highly recommended that players pick a suitable team composition with at least one Recon class Legend. This will allow your team to scan Survey Beacons which reveal the upcoming zone. Knowing the map effectively empowers teams to camp at the edge of the zone and take down opponents trying to get inside the circle. You don't want to be caught outside the zone for too long as it wastes resources and limits the team's rotational options. Rotating and positioning properly will give your team the option to pick effective fights and third-party opponents.

Wondering what are the start and end dates for every Apex Legends season? Check out All Apex Legends Season Start and End Dates on Pro Game Guides.

How to get better at Apex Legends